This, despite the reduction of Swachh Bharat Mission in the Union Budget by 10 per cent. 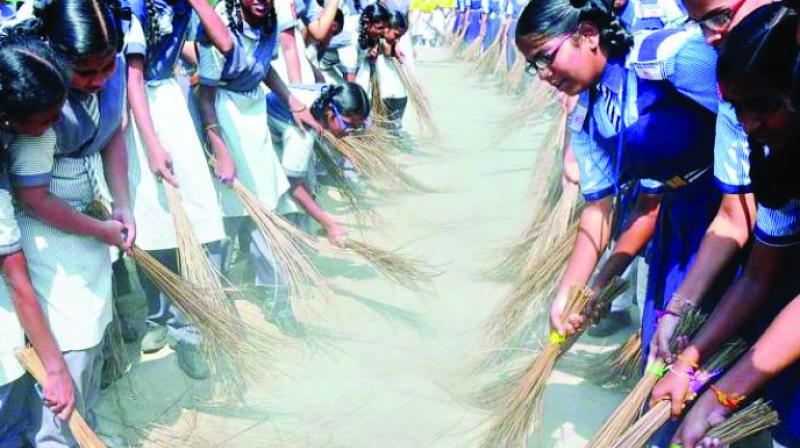 The allocation for Swachh Bharat Mission in the Union Budget was reduced by 10 per cent.

Mumbai: The Brihanmumbai Municipal Corporation (BMC) has allocated Rs 492 crore for capital expenditure and total budget of Rs 2,605.4 crore for solid waste management and sanitation programme, higher than the amount it spent last year. This, despite the reduction of Swachh Bharat Mission in the Union Budget by 10 per cent.  Twenty-six new places earmarked under the Development Plan 2034 are being developed for creating decentralised waste segregation and processing facilities. Dry waste collection vehicles have also been increased to 94. However, not much has been mentioned in the BMC budget regarding controlling the garbage generation in the city.

Around 20,000 new seats of pay-and use toilets will be developed in the next three years by demolishing dilapidated structures and constructiong two-storey RCC structures at a cost of Rs 500 crore. However, in a new initiative, the civic body will scrap the pay-and-use toilet concept, thereby making them free for public access. “Existing pay-and-use toilets that are not being maintained properly by operators will be taken over by the MCGM and new toilets will be constructed,” said Ajoy Mehta, municipal commissioner, while announcing the budget. The budget has `10 crore for the same.

The civic body also plans to deploy floating trash brooms at Dahisar, Poisar, Oshiwara and the Mithi river to prevent garbage from being carried away into the sea. Moreover, compactors with storage for dry and e-waste and with few side-loading facilities have been proposed for the first time. Under the mega projects for solid waste management, a waste-to-energy plant with the capacity of 600TPD at Deonar has been proposed, after the success of which two more plants of the same capacity will be constructed there; and Rs 10 crore has been slated for the same. Tenders for setting up the city’s first construction and demolition plant have also been invited, which has been proposed at Rs 7 crore.