These birds usually breed in Kutch and when the chicks are laid, the older flamingos come to Mumbai in search of food. 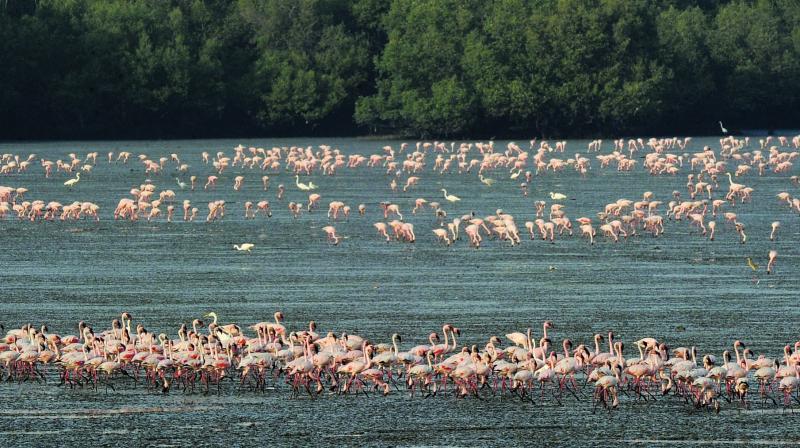 Mumbai: As winter sets in, flamingos have started flocking at Sewri creek. Around 30,000 of these migratory birds visit the city during around December and they are the star attraction for bird lovers.

M. Vasudevan, chief conservator of forest (CCF) of the state mangrove department, explained, “The first flamingos had arrived in the city in early October; however, they are sighted more often these days. While 80 per cent of the birds are already in the city, the remaining will be here any moment.”

“We have observed that the population of flamingos has been increasing since the last four to five years. The birds have been coming to the city since the 90s,” added Mr Vasudevan.  The current season has begun and the birds will be seen till June. They are mostly seen in the northern part of the Thane Creek and Sewri only during low tides.

The state mangrove cell has in the Northern Thane Creek has come up with a flamingo sanctuary in order to attract the tourists. This sanctuary will have an interpretation centre. This facility is said to commence from February 2017.