All ward level leaders have been asked to conduct meetings with their workers to prepare for the PM’s rally. 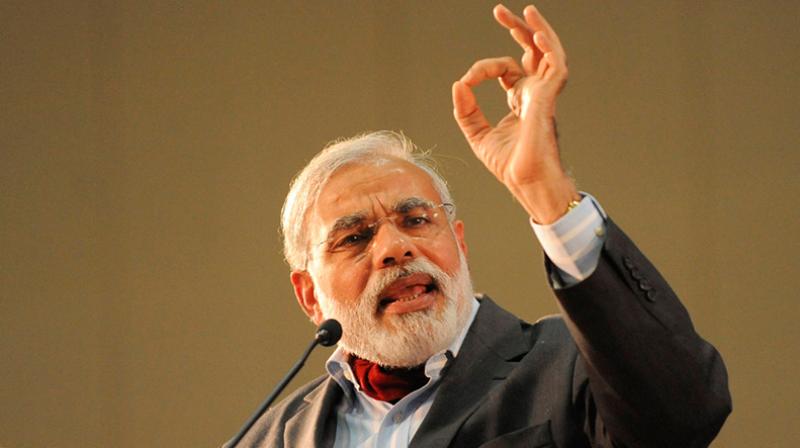 Mumbai: Prime Minister Narendra Modi’s visit to Mumbai on December 10 may be a state event, but his Bharatiya Janata Party (BJP) will milk it for all it’s worth. Work for the same has already started and leaders at the ward level have been asked to swing into action. The event will be held at Bandra-Kurla Complex’s MMRDA grounds to inaugurate an infrastructure project, however, BJP wants to kickstart its election campaign for the Brihanmumbai Municipal Corporation (BMC) polls with the programme.

All ward level leaders have been asked to conduct meetings with their workers to prepare for the PM’s rally. “We have asked leaders to discuss the BMC election as well as preparations for Modiji’s rally on Saturday and Sunday,” confirmed BJP Mumbai spokesperson Niranjan Shetty.

The BJP is planning to use the stage for their benefit and give a befitting reply to the Opposition parties as well as the Shiv Sena for being critical of the demonetisations move.The Sena had come down heavily on Mr Modi with it’s president Uddhav Thackeray claiming on several occasions that people were harassed because of the currency ban.  Even Sena mouthpiece Saamana through its editorials have criticised Mr Modi’s demonetisation.

The BJP emerged as the single largest party in the local elections held in Maharashtra on Sunday and now wants to use the opportunity to make an impact in Mumbai.

The ward meetings are being held so that most people in the ward are made aware about the event. “By holding meetings at ward levels, we can show our preparedness and also motivate the workers,” said a senior leader.

Mr Modi was scheduled to be in Mumbai on Nov 19 for the same inauguration as well as for the Coldplay concert, but following demonetisation he cancelled the plan and instead held a videoconference with the audience at the concert. However, with BJP emerging victorious in the state local body election, the party wants to ride on the momentum and prove that people still trust Mr Modi and his leadership.