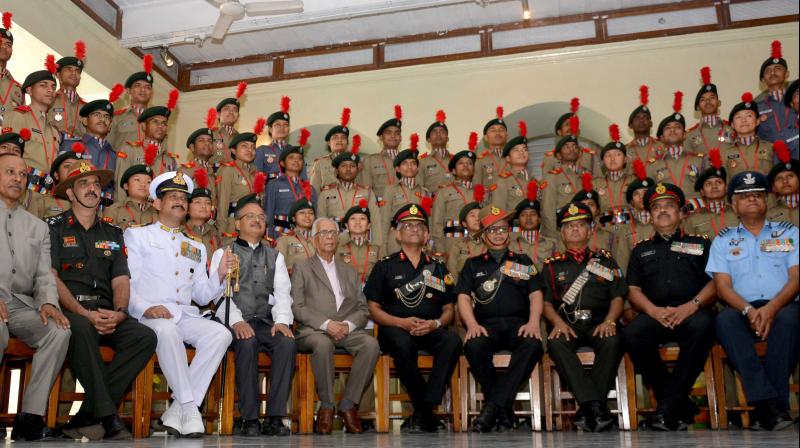 Kolkata: West Bengal governor Keshari Nath Tripathi on Wednesday awarded the Governor’s Medal to 55 cadets belonging to West Bengal & Sikkim Directorate of NCC for their outstanding performance during the year 2017-18 at Raj Bhawan in Kolkata. Select cadets of Army, Navy, and Air Force who excelled in various activities were awarded at the ceremony that was attended by theor parents and relatives. Some of the activities included shooting, snap shooting, aero-modelling, sailing expedition, marching contingent etc. Recounting the achievements of the cadets, Major-general K.T. Sreekumar, additional director general (WB & Sikkim Dte) underlined that the West Bengal & Sikkim Dte was adjudged fifth out of a total of 17 NCC participating contingents during the recent Republic Day Camp in New Delhi and that this was an improvement over last year by two numbers.