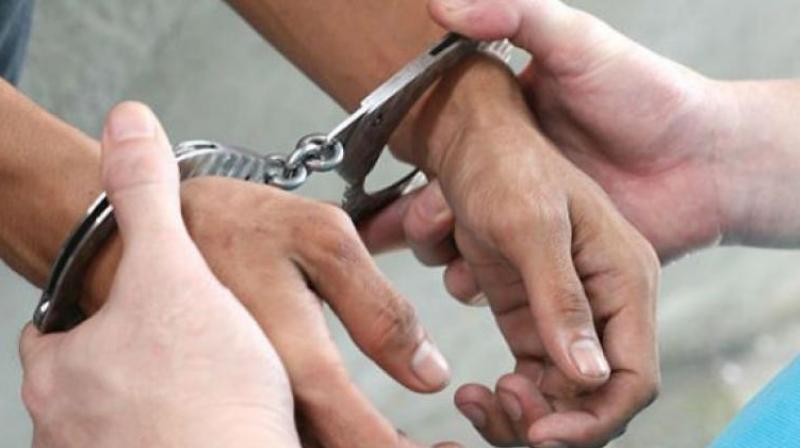 Kolkata: The Enforcement Directorate (ED) arrested an influential businessman, having connections with several top political leaders, in Rose Valley chit fund scam from the city. Sudipta Roy Chowdhury, the accused in his mid forties, is a resident of Metropolitan area off EM Bypass. He was associated with Brand Value Communications Ltd, a subsidiary of the collapsed ponzy scheme giant.

On Saturday an ED team raided and searched his residence and grilled him for several hours. During the raid and search disproportionate income was found with Mr Roy Chowdhury. On Sunday Mr Roy Chowdhury faced arrest in the hands of the central agency. The ED found his role in multiple transactions with Rose Valley Group owned by Goutam Kundu who has been lodged in the judicial custody.

Besides Mr Roy Chowdhury allegedly extorted money from several people in the name of the ED and Central Bureau of Investigation (CBI) also. During the Left rule, he maintained a rapport with a CPI(M) leader from South 24 Parganas who introduced him to a senior officer who was posted in the Kolkata Police, according to sources. With the change in power, Mr Roy Chowdhury’s proximity with the Trinamul Congress leaders only grew.

The ED investigators found at least two photos in which he was seen in the company of two ruling party leaders who came under the CBI scanner in Saradha chit fund scam, sources revealed. One of them was an MP from East Midnapore who is now cabinet minister in the Mamata Banerjee government while another is an MP from Birbhum, sources added.

The ED learnt that the accused businessman also claimed himself to be a doctor although no registration on him was found. In another photo Mr Roy Chowdhury was found with a former Trinamul Rajya Sabha MP who later switched to the BJP after coming under the CBI radder in Saradha scam, sources disclosed. In what may come as an embarrassment to the criminal investigation department, he was seen with an IPS officer who is now posted in the state detective agency.

The accused also had rapport with Manoj Kumar, the former assistant director in the ED Kolkata Branch office, who was the investigating officer in Rose Valley scam also. Mr Kumar was removed from his post and repatriated after he was arrested by the Kolkata Police for his close links with Rose Valley owner’s wife Shubhra Kundu.