A man was arrested for allegedly making a ransom call to missing JNU student Najeeb Ahmed’s relatives demanding Rs 20 lakh for his release. 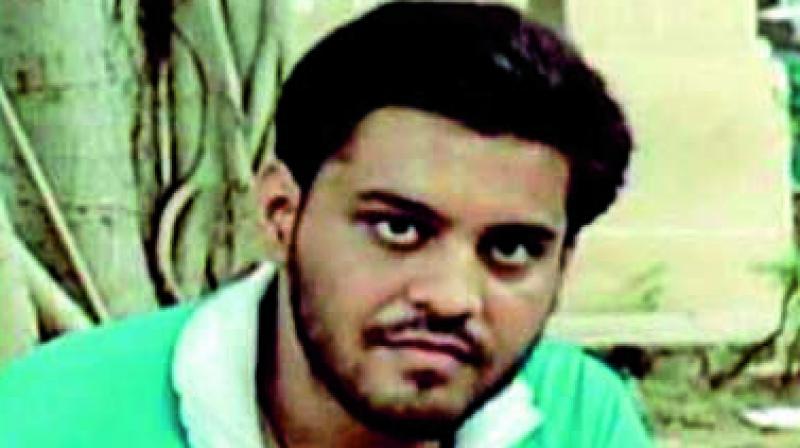 New Delhi: Unable to trace a clue about JNU student Najeeb Ahmed, who has been missing for over a hundred days now, the Delhi Crime Branch on Thursday questioned a friend of his who had studied with him in Aligarh Muslim University and joined the probe on his own.

“As part of our ongoing efforts, we have started calling close friends and relatives who may throw some light or help in getting some clue about Najeeb’s whereabouts,” said a senior police officer. “Today, a man was questioned in connection with the case. He was studying with Najeeb at Aligarh Muslim University from 2008 to 2010. We were searching for him in his native town Farukkhabad but we got to know that he is studying in Jamia and on Thursday he came on his own to join the probe,” said a source privy to the probe.

Sources said that Najeeb’s friends and relatives have been served notices under Section 160 CrPc to help in the probe, even as the police told the Delhi high court earlier this week that they did not turn up to assist in the probe.

Even though Najeeb and his friend were studying different subjects, they were quite close and today he was questioned by Crime Branch sleuths who are investigating the case.

When Crime Branch had begun the investigation, they had traced an auto driver who had dropped Najeeb at Jamia Millia Islamia after picking up from JNU. The student is being questioned in this regard, the source said.

The accused, Shameem (19), has been taken to Gorakhpur to recover the SIM cards that he had used to make calls to Najeeb’s family.