The CBSE board has reportedly taken some extra security measures for the conduct of the re-exam. 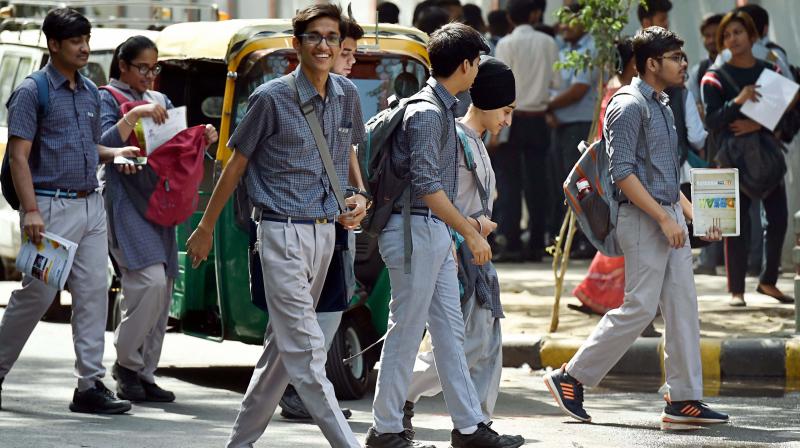 Students arrive at the examination centre to appear in the Clas 12 CBSE economics re-examination in New Delhi on Wednesday. (Photo: PTI)

New Delhi: Around six lakh CBSE Class 12 students on Wednesday appeared for the retest of economics paper, which was leaked when it was conducted earlier in March.

Many students said that even though the paper was lengthy, it was easier than the previous one and that they hope to score well.

The Central Board of Secondary Education (CBSE) had announced a retest of the economics papers after reports that it was leaked. Police are investigating the matter and have made several arrests till now.

The foreign students had been exempted from appearing in the examination as the board in its investigations found that the paper leak did not put any impact on their results.

The CBSE board has reportedly taken some extra security measures for the conduct of the re-exam. The Board has also instructed center heads to take some extra precautions for the class 12 economics re-test.

The leak was exposed after an envelope containing four images of the hand-written economics paper was delivered to the CBSE headquarters in Delhi on the evening of the scheduled date of examination — March 26.

Following the leak reports, the CBSE tried a “leak-proof” system of “encrypted” question papers on April 2, which delayed the exam as a few centres in Delhi were unable to follow the printing of encrypted papers, e-mailed to them, at the school itself.