Recently elected as the spokesperson of the Delhi BJP, Tejinder Bagga made his mark as a virulent social media troll. 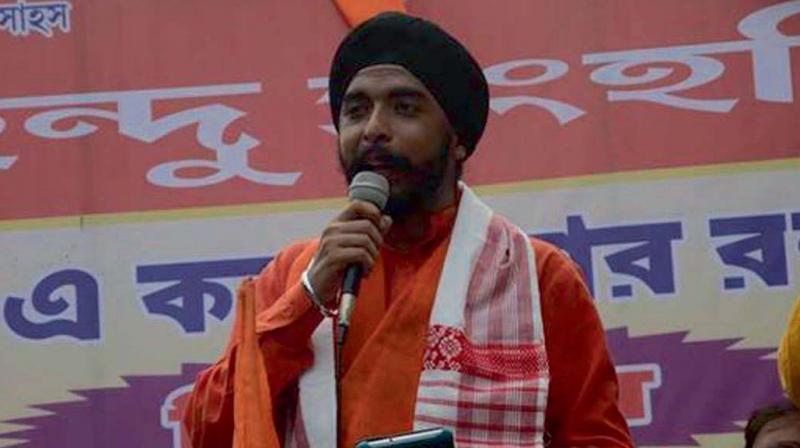 Q. Congratulations on your appointment. Do you think your new position is a reward for your online activity for Mr Modi?
A. It is wrong to say that I have been rewarded for my online campaign for the Prime Minister. I have been a party worker since I was 18-years-old and rose from the ranks. So you can at best say that I have been rewarded for my commitment to the party. I began at the mandal-level during the 2006-07 ceiling operations. At 23 years, I was part of the BJP national executive. So I must have bee rewarded for my dedication to the party rather than for social media activities.

Q. When did you first get the idea for an online campaigns?
A. I began the online campaign “Modi for India” in 2012. That was even before Narendra Modi was declared the prime ministerial candidate. In fact, after this, I was told by the party not to go ahead with it as it was not the official campaign. But I continued and rest is history. Through this campaign, we wanted to reach out to the youth by selling T-shirts and chocolates at lesser rates than available in the market.

Q. Many people have accused you of trolling…
A. No, that is not correct, I have never used abusive words and the like. I have only rebutted and set correct facts. For example, the CAG report in Gujarat had certain wrong facts. And it was through the social media that I put out a proper perspective. We got our 10 years report card and countered these claims. We have never used abusive language. You can also use humour on the social media.

Q. Recently there was the Gurmeher Kaur episode. What is your opinion on that?
A. Well, what she said was wrong. You don’t have a right to say anything you want, but at the same time nobody should use abusive language. Social media has many individuals. Whenever people accuse the BJP, they should see that their star campaigners are also indulging in such things.

Q. But there has been much criticism of your social media activism?
A. If you are in politics, people will say things. We expose them. So they will also say something against critics. I have been using social media for the last 12-13 years. The first political campaign of mine was on Orkut, I started it when Jarnail Singh threw a shoe at Chidambaram in 2009.

Q. What are the next things on your plate?
A. My next campaign is for the MCD polls. It will be called “Kejriwal Mukt Bharat” and expose the false promises made by Mr Kejriwal. The campign will be conducted both offline and online.