Gangster, along with his associates, killed the student by brutally thrashing him with iron rods. 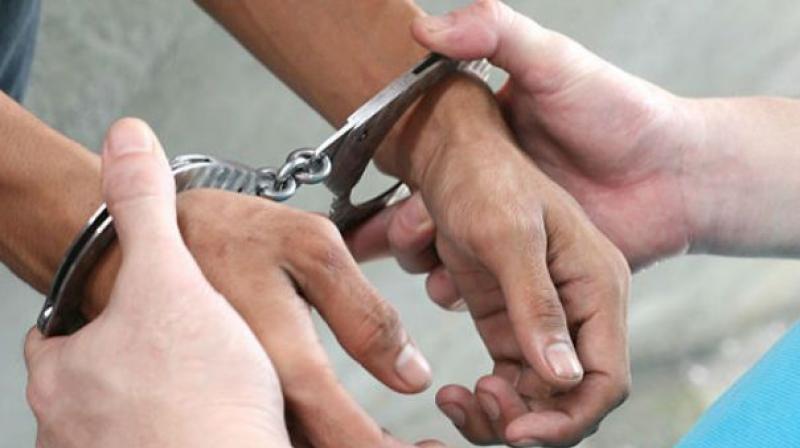 Police claimed that the accused did a computer course and got a job related to event management in Karol Bagh. (Representational image)

New Delhi: The Delhi Police Crime Branch arrested a gangster of the ‘Gaurav Jharera’ gang in connection with the murder of a Class 12 student of the rival group in 2016.

The gangster, along with his associates, killed the student by brutally thrashing him with iron rods at Delhi Cantt.

“The accused has been identified as Deepak (27) who lives in the government quarters at CVD Lines in Delhi Cantt. His father is a government employee in the Central Ordinance Depot, Kirby Place. According to the police, last year on July17, a murder took place near Thimayya Park at Kirbi Place in the Delhi Cantt area, where the accused Mr Deepak, along with his associates, had killed a youth, Aakash (22).

One of the accused, Gaurav Dancer, was apprehended along with three juveniles with the help of some traffic police personnel. However, the main accused, Deepak had fled.

“On January 20, the accused was arrested from Kargil Chowk, Dwarka, where he had come to meet his associate in the evening,” police said. Since the murder last year, Mr Deepak fled to different states to seek refuge.

He had gone to Uttarakhand, and Katra for a period six months, but he came back to Delhi as he was in need of money. The police claimed that the accused did a computer course and got a job related to event management in Karol Bagh.

He came in contact with gangster Gaurav Jharera, who had about 45 criminal cases registered against him.