Out of 204 calls made to the city's fire department, 51 were related to use of crackers. 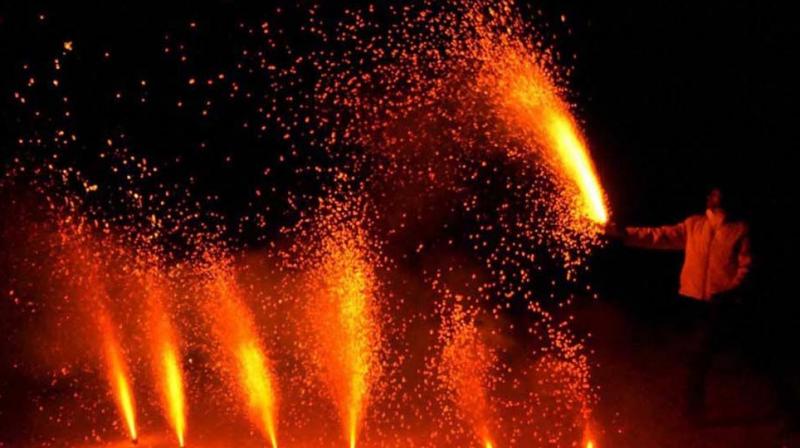 New Delhi: Over 200 fire-related incidents were reported in the national capital on Diwali, which included a big blaze in a godown in east Delhi on Thursday night, fire department officials said on Friday.

Out of 204 calls made to the city's fire department, 51 were related to use of crackers.

"A blaze was reported from the Subhash Mohalla area in east Delhi around 10:10 pm at a cloth godown. Twenty-six fire tenders were sent to the spot. However, no injury has been reported in this case," a Delhi Fire Service (DFS) official said.

"It was a three-storey building. The case is being investigated by the police," he said.

The 204 fire calls were made between midnight of October 18 and Diwali midnight.

Besides the 59 permanent fire stations in the national capital, the fire services department had also set up temporary stations at 28 locations across the city, from where the maximum number of calls was received on Diwali, 2016.

The department had also increased the number of phone lines to the control room.

In 2016, the Delhi Fire Services control room had received 243 calls between 5 pm and midnight on Diwali and another 107 calls between midnight and morning.