A provision of Rs 4 crore has been made for this purpose. 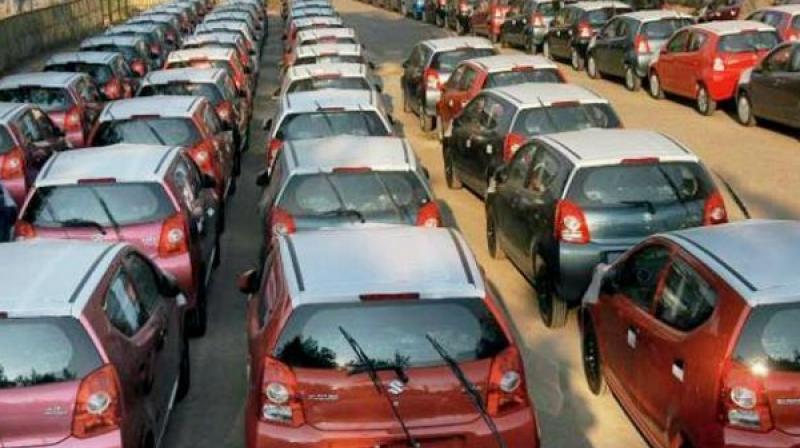 At present, the one-time parking charges for the non-commercial vehicle is Rs 2,000 for vehicles costing up to Rs 4 lakh and Rs 4,000 for others.

New Delhi: Buying a new car from South Delhi will likely cost more as the South Delhi Municipal Corporation (SDMC) has proposed an increase in the one-time parking charges. While finalising the budget for the next financial year, SDMC’s leader of house Subhash Arya suggested a minimum of Rs 5,000 as the one-time parking charge for vehicles costing up to Rs 5 lakh and Rs 1 lakh for petrol vehicles costing above Rs 40 lakh.

“Proposal for increased one-time parking charges will be implemented once the state government approve the proposal,” added Mr Arya.

Finalising Rs 4517.80 crore as budget, Mr Arya also announced that a budgetary allocation has been made to provide kheer made from Amul milk and puris as part of the nutritious food to students for mid-day meals. He announced that ladoos will be distributed to each student in the SDMC schools during the Independence Day and Republic Day celebrations. “In order to improve the quality of education, it is proposed to establish at least one smart classroom in each ward. A provision of Rs 4 crore has been made for this purpose. A proposal of Rs 1 crore has been made for assessment of quality of education in respect to all students by the department to ensure improvement in the level of education,” he said. 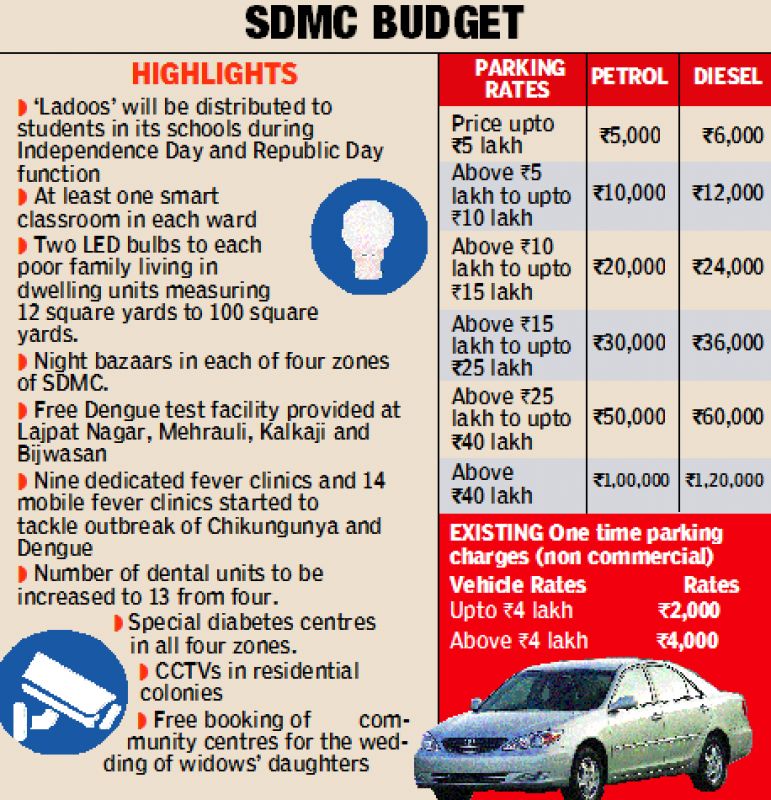 Mr Arya also announced that ‘Night Bazaars’ will be allowed in every zone in an open space for which the SDMC will make arrangements like lighting, parking, and sanitation for the vendors.

With an eye on the upcoming civic polls, Mr Arya announced that two LED bulbs will be given to each poor family living in dwelling units measuring between 12 square yards and 100 square yards.

In another populist announcement, he said that those businessmen will not have to make payments of conversion charges who have already paid conversion charges consequently for 10 years. “A proposal to this effect will be forwarded soon for consideration by the city government,” he said.

For improving sanitation services, Mr Arya announced that at least 100 toilets will be constructed during the next financial year at important places with substantial footfall. “The SDMC is going to deploy 300 additional sanitation workers for better maintenance of the toilets. Safai karamchari suvidha kendras will be constructed in each zone. A dedicated effort is being made to provide better sanitation services in hundreds of markets,” he added.