CBSE board exams start from March 9

Postponed due to polls in 5 states. 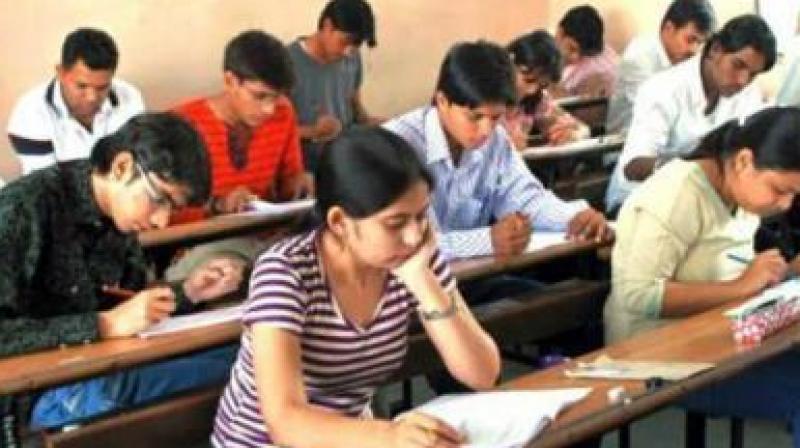 New Delhi: Keeping in view the upcoming Assembly elections in five states that are starting from February 4, the Central Board of Secondary Examination has decided to postpone the board exams for Class 10 and Class 12 to March 9, a day after the last phase of polling is conducted.

“The annual examinations of Class 10 and 12 will be conducted from March 9 in view of the state assembly elections being conducted in Punjab, Goa, Manipur, Uttarakhand and Uttar Pradesh,” a CBSE statement said. On March 8, voting is scheduled in some constituencies of Uttar Pradesh and Manipur.

While 8,84,710 will take the board-based exam, 7,82,863 will take the school based exam in Class 10. The CBSE exams usually begin on March 1 and the results are declared in the third week of May. The board’s decision comes as a surprise relief to the lakhs of applicants as it was earlier reported that the CBSE was unlikely to change the dates of the exams as five critical states were set to go to polls around the same time. On March 8, voting is scheduled in some constituencies of Uttar Pradesh and Manipur. “The board has given careful consideration to the situation before postponing the exam,” the statement said. The board has also made all possible efforts to maintain reasonable time gap between major papers.