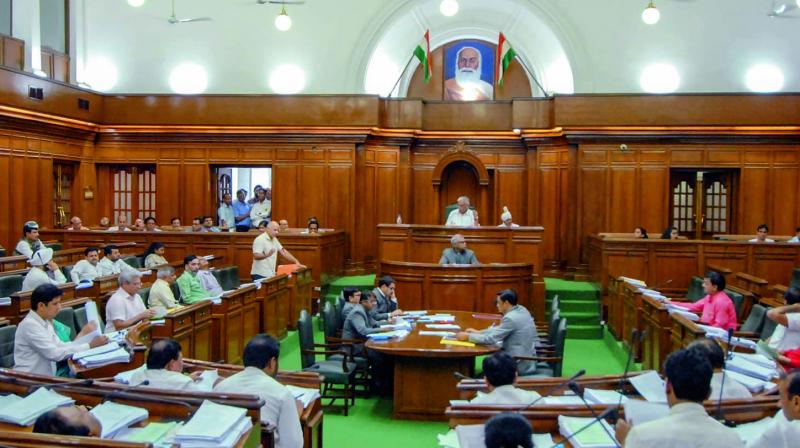 New Delhi: Changing its stand on the old demand of full statehood, Delhi BJP president Manoj Tiwari on Friday said that the demand must be reviewed. His comment came after Aam Aadmi Party (AAP) called a special Delhi Assembly session to demand and discuss full statehood for the city.

Explaining the logic behind reviewing the full statehood demand of Delhi, Mr Tiwari said that Delhi is national capital and several events and function of national importance held here and city government should not disturb it.

Mr Tiwari was referring to Mr Kejriwal’s attempt to disrupt Republic Day function in 2014 by sitting on indefinite protest near Vijay Chowk.

“How can a government of any party stop Republic Day parade, which is of national importance? Before giving full statehood to Delhi, all such possibilities must be discussed. Therefore demand of full statehood must be reviewed,” said Delhi BJP president and Lok Sabha member from North East Delhi.

Mr Tiwari alleged that when the city is facing severe water and power crisis, Mr Kejriwal instead of finding a solution is diverting attention by raising issue of full statehood.