If Parents can smoke, it’s okay for us: 89 per cent teenagers

A study reveals that 87 per cent teenagers believe that watching actors smoke in movies promotes smoking among the audience. 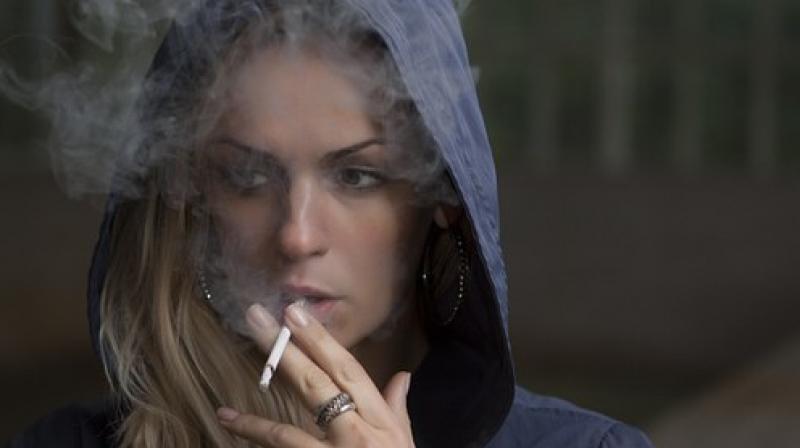 Moreover, 46 per cent teenagers believed that smoking makes them appear ‘cool’ among their peers. (Photo: Pixabay)

The findings are a part of a survey conducted by a private hospital to understand the smoking habits of the youth and their perception on smoking. The department of Mental Health and Behavioural Sciences at Fortis conducted a survey among adolescents.

The team engaged and interacted with school-going teenagers in order to assess the prevalent attitudes towards tobacco smoking.

Around 1,900 students were randomly chosen from six states — Delhi/NCR, Mumbai, Bengaluru, Chandigarh, Jaipur, Kolkata, and Chennai — to be a part of the study. They were asked to fill in a structured survey containing 13 questions.

According to the study, 87 per cent teenagers believe that watching actors smoke in movies promotes smoking among the audience while 78 per cent agree that celebrity figures featuring in anti-smoking campaigns would be helpful. Also, 75 per cent teenagers feel that it is difficult to say “no” to their friends or peers when they offer a cigarette and 53 per cent teenagers think that smoking can help reduce stress and increase concentration levels.

The results were tabulated using statistical measures and revealed patterns from which inferences were drawn.

These inferences are of value because they can be used as evidences to formulate policy frameworks and regulatory mechanisms to control smoking among adolescents, the hospital said.

Dr Samir Parikh, the director of the department of Mental Health and Behavioural Sciences at Fortis Healthcare, said: “Understanding that there is a problem, which needs to be addressed, is the first step towards overcoming tobacco addiction.”