Some students upset as CBSE decides not to conduct retest

The CBSE’s decision of not taking a retest for the Mathematics exam has evoked mixed reactions from the students and parents. 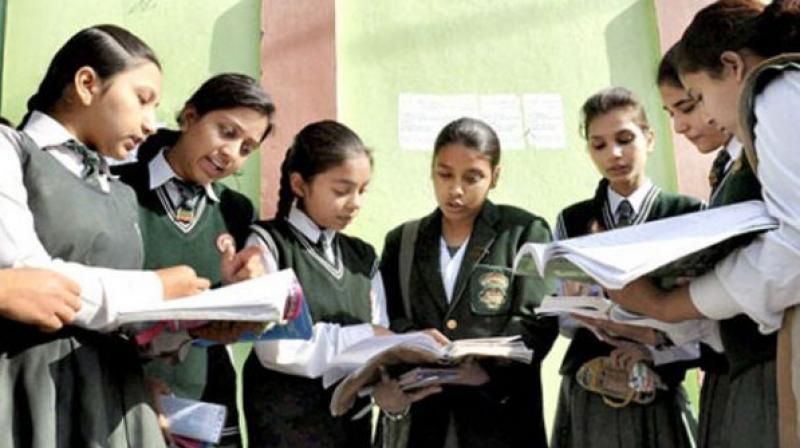 So, it’s not that someone would be given Maths stream just on the basis of the board exam marks,” she said. However, students are not convinced. (Representational image)

New Delhi: Even as students and parents were relieved after CBSE’s decision to not conduct retest for the leaked Mathematics paper, many also felt that it will give unfair advantage to those who already had access to the leaked question paper.

The Central Board of Secondary Education (CBSE), however, said that internal inquiries have revealed that the leak is only confined to a few alleged beneficiaries.

Many parents and experts said that the board should find a solution or adopt a different mechanism while assessing the answer sheets so that no unfair advantage is passed to those who had the leaked paper.

The CBSE’s decision of not taking a retest for the Mathematics exam has evoked mixed reactions from the students and parents. The CBSE, on Tuesday, said that internal inquiries and analysis based on available material and inputs from the ongoing police investigations “are indicating that the alleged leak may be confined to a few alleged beneficiaries.” Mean-while, experts said that to ensure students who had the leaked paper do not get unfair advantage, the CBSE should give some weightage to the tests conducted during the academic year while assessing the Mathematics paper. “CBSE should ask all schools to give some marks on the basis of internal assessment for the whole year,” said education activist Sumit Vohra. Ameeta Wulla Muttal, the principal of Springdales School (Pusa Road), called the announcement a “fairly balanced decision.”

“First, it takes away the anxiety of students and they wouldn’t have to sit for the exam again. Second, most progressive schools take aptitude tests before allotting streams to students in Class 11. So, it’s not that someone would be given Maths stream just on the basis of the board exam marks,” she said. However, students are not convinced.

“When I heard about the leaked paper, I felt cheated. But now I am stressed and unhappy that those who had the leaked paper would get good marks over those who worked hard,” said Anushka, a student of Vanasthali Public School.

Tags: central board of secondary education, cbse, board exam