Here are places to enjoy a white Christmas

When it comes to Christmas in the United States, many winter wonderland fantasies come true. 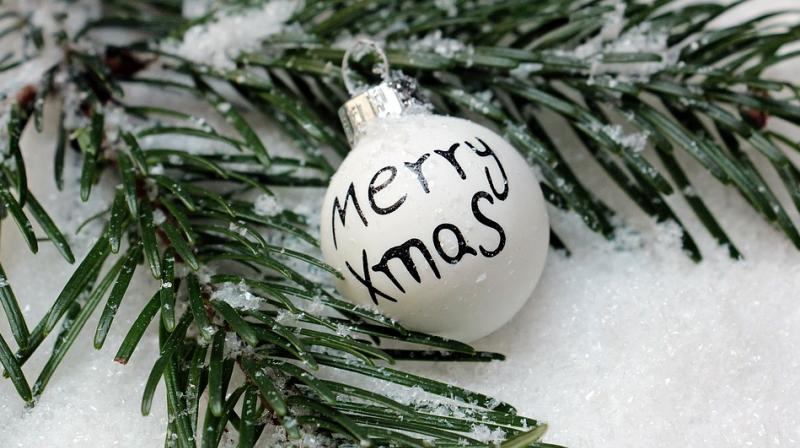 Here are five top destinations to step into a postcard-worthy white Christmas of your own.

While snow on December 25 isn’t guaranteed, many communities across the country nevertheless go all out to embrace the season, from horse-drawn sleigh rides past windows aglow with candles, to meet-and-greets with real reindeer. Christmas cookies and hot chocolate are a must, and city streets sparkle with brightly colored lights. Here are five top destinations to step into a postcard-worthy white Christmas of your own. 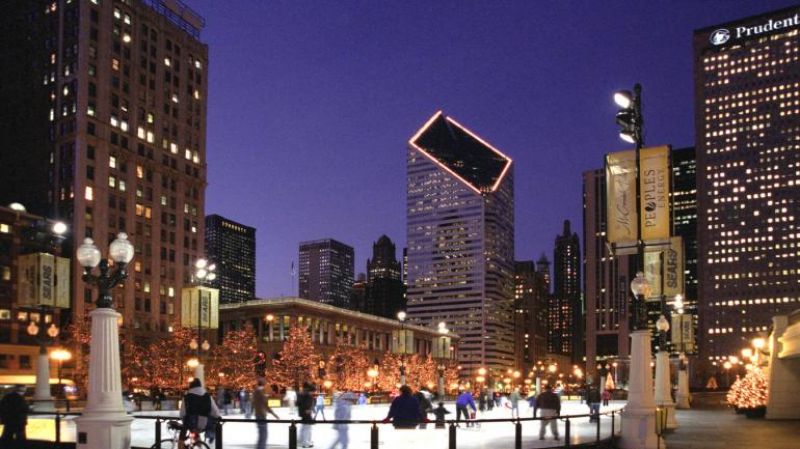 Chicago’s Magnificent Mile brightens up with lights on Michigan Avenue during the holiday season.

Chicago, Illinois: The biggest city in the Midwest does Christmas big, too. Take, for example, the million-plus white holiday twinkle lights decorating the 200 hundred trees along the famed Magnificent Mile, Chicago’s most upscale shopping avenue. Nearby Navy Pier goes all out as well, with the Winter WonderFest that features more than 24 rides and a massive indoor skating rink. Best of all may be downtown’s Christkindlmarket, which runs from late November through Christmas Eve and offers holiday shoppers handicrafts such as nutcrackers and ornaments, as well as traditional treats like potato pancakes, bratwurst and glühwein, a warm, spiced holiday wine that comes with its own souvenir mug. 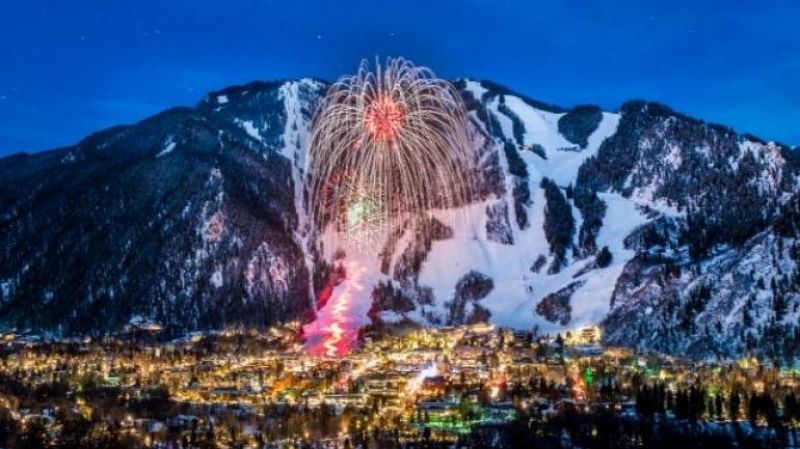 Aspen, Colorado, is known as a winter wonderland, especially during its 12 Days of Aspen celebration.

Aspen, Colorado: With 4.5 meters of average annual snowfall,  Aspen, Colorado, qualifies as a winter wonderland. This Rocky Mountain town, located 319 kilometers southwest of Denver, is famed for sublime skiing and luxurious living, but it’s the charm of Christmas that wins over visitors at this time of year. The annual 12 Days of Aspen celebration features events such as Victorian carolers in the lobby of the Hotel Jerome, free family skating parties, ornament-making and holiday-card-making parties. Kids will love a visit with Santa’s reindeer (yes, real reindeer), as well as free hot chocolate and cookies at the busy Cooper Avenue Mall. 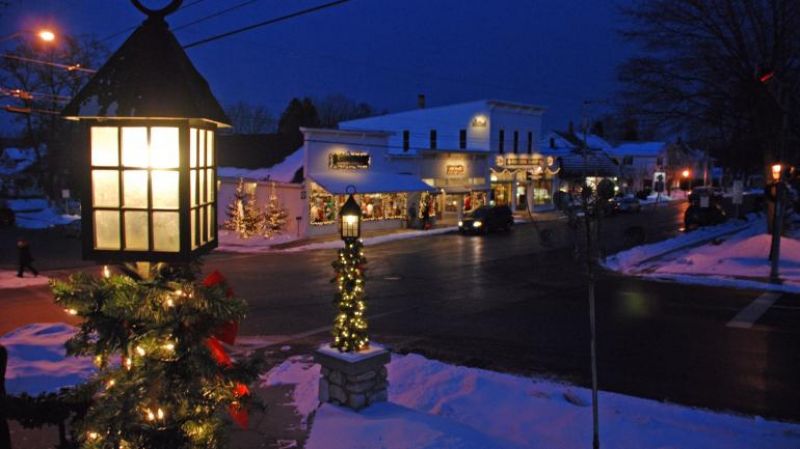 Door County, Wisconsin: Jutting like a finger into Lake Michigan, Wisconsin’s rural Door County Peninsula draws visitors in the summer for its famed cherry pies and fish boils, as well as more than 480 kilometers of shoreline. But wintertime brings entirely cozier, snowier attractions to this area, about 250 kilometers north of Milwaukee.

Tiny communities from Sturgeon Bay in the south to Sister Bay in the north host events from gingerbread-house-making classes to holiday parades, but visiting food lovers won’t want to miss the progressive holiday dinner weekends, hosted by the White Gull Inn and Thorp House Inn in Fish Creek. After appetizers at Thorp House, guests are transported via horse-drawn carriage down decorated streets to the White Gull Inn for the soup, main course, salad and dessert. 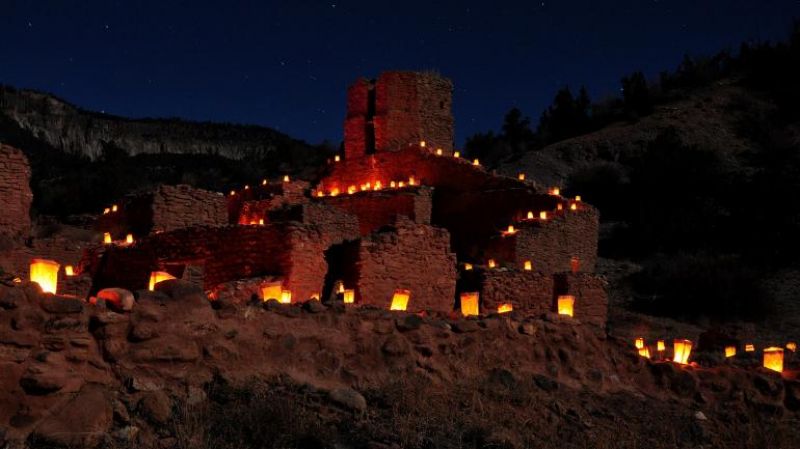 Reenacting Mary and Joseph’s search for lodging, carolers serenade an individual house, asking for shelter, with followers trailing behind holding candles. Native Americans have inhabited Taos Pueblo for more than 1,000 years, and the community plays host on Christmas Eve to vespers led by the archbishop of Santa Fe followed by the torchlight procession of the Virgin Mary. 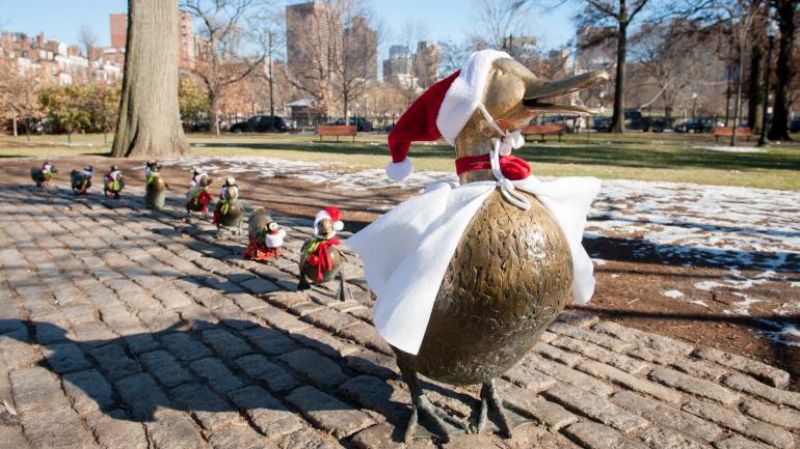 Boston, Massachusetts: History seeps from every cobblestone street in Boston, Massachusetts, the site of many notable Revolutionary War events such as the Boston Tea Party. Colonial history comes to life each year at Christmas, with holiday celebrations taking place at historic venues citywide. Start with a peek at Boston’s two largest Christmas trees, one in Boston Common, founded in 1634, and one at Faneuil Hall Marketplace, which dates to 1742.

Once at Faneuil Hall, stick around for the 7-minute Blink!, a light show featuring more than 350,000 LED lights used to illuminate the skyline that are set to festive songs. Holiday concerts by the one of the country’s most well-known symphonies, the Boston Pops, run at Symphony Hall throughout the month as well.