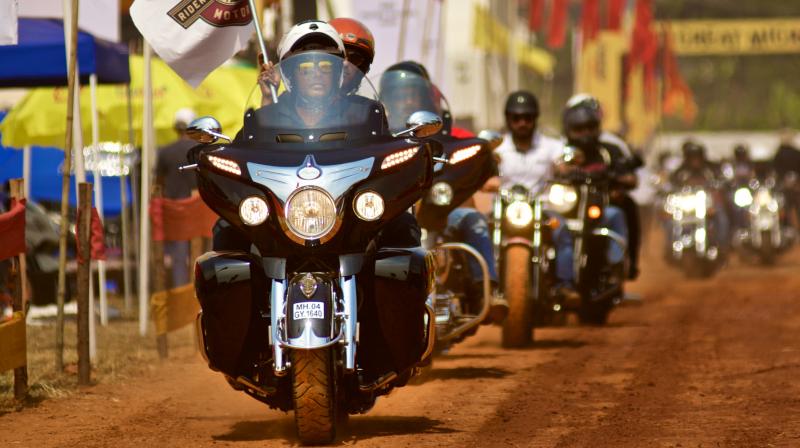 Always wear the riding gear, no matter what the distance and avoid driving rashly, say bikers Rawat and Murlidharan.

Biking is a passion that engulfs those who are forever on a quest to tame the wild outdoors, riding for endless hours. Asia's biggest biking festival, India Bike Week (IBW) is all set for its 2017 edition starting November 24. Celebrating its 5th anniversary, the festival is taking place at Little Vagator Hills, Goa where motorcyclists across the country will be in attendance. 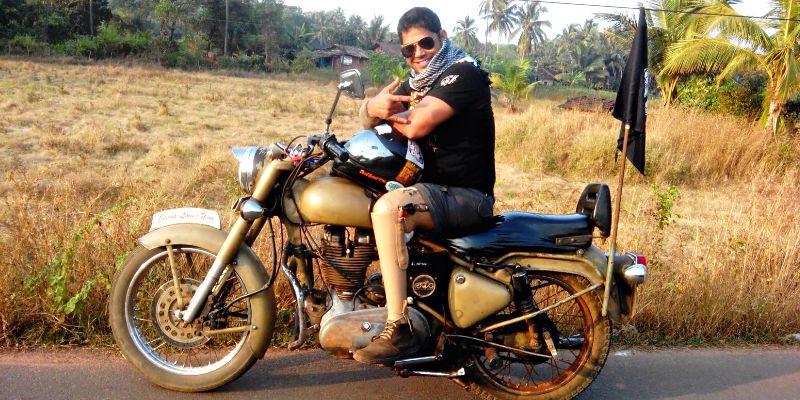 Maharashtra’s Rawat lost a leg when he was six, but that did not stop him from his love of riding. He went on to cycle for 500-odd kilometres from Manali to Khardung La (18,380 ft above sea level) via the world’s highest motorable road and has also done a motorbike ride from Mumbai to Leh and says, he has climbed every peak in his home state.

Tell us a bit about your love for bikes

The very first time I set my eyes on a bike, I fell in love with it and longed to have one of my own. There was this inner urge of possessing one even as a young boy. This urge was satisfied when a stranger asked me to just start his bike. My joy knew no bounds. From then on there was no turning back. The fire within me kept burning till I got my own bike at Roadies. It was a dream come true.

How does it feel, when you ride across places?

It feels great to interact with new people as I explore new places because I love to take on challenges. I’m love to overcome obstacles and think of myself as quite the daredevil.

What are your expectations from the festival?

I expect to meet new riders from across the globe or country and would like to take back some new practices/ strategies from these riders. It’s always good to know how other people deal with their challenges and learn from them. Especially the modification of the various bikes

What would be two tips you would give to young bikers?

The two tips would be, always wear the riding gear, no matter what the distance and avoid driving rashly. 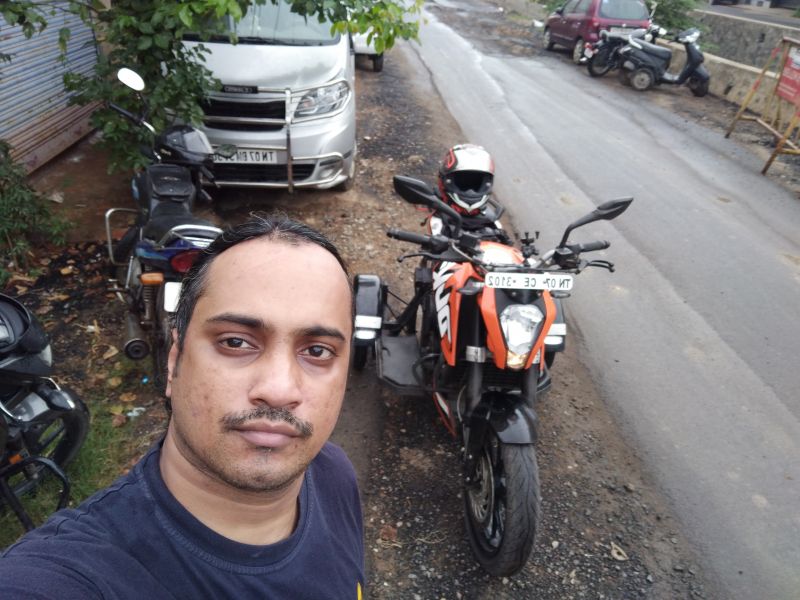 Dilip was born with a case of Cerebral Palsy. In his mid 20's he also discovered that he had dislocated his right hip, which is a noted condition in people with bad gait. Dilip used to ride a 2 stroke scooter and eventually a 4 stroke scooter and has already put 2,50,000+ km between both these machines. If he is not spending his hard earned money on duty- Tell us a bit about your love for biking

I have been using a scooter with extra wheels on the sides since 2001. I have used that scooter for close to 3, 50,000 kms, till 2015. In 2015 when I bought my first car I met Shankar Jaikishan, who runs Shreevari Engineering works that retrofits automobiles for the physically challenged people. Through Shankar, I also met Veeramallu and other people with disabilities. We eventually decided that our scooters with small wheels were not only unsafe but also not good in the long run due to lack of comfort. Our idea to ride a better two-wheeler led to our Initiative. TriChakra Riders were born.

I, along with Rajan Babu, another physically challenged person, with the same motorcycle as ours, and Shankar rode from Kamyakumari to Kardungla Pass in the Himalayas, this June 2017. Veeramallu, Dilip and Shankar have regular rides and did a 700+ km ride in one day between Chennai and Bangalore. We have planned a Himalayas trip next year as well with our bikes and hope to complete it.

Why is biking a passion?

Accessibility. it is a personal struggle to get to something better, within the realms of poor choices available to us, as physically challenged people. We have to overcome this by any means. This is why we do, what we do.

What would be two tips you would give to young bikers?

Motorcycling is a great way to connect with nature. While speed is exciting, it is a minuscule aspect of the experience. Safety is the topmost priority in motorcycling. Make sure you ride with DoT certified helmets, gloves, safety jackets and boots. A damaged bike can be replaced. A damaged body probably cannot be. Visibility is very important. Wear High Viz jackets or armbands. A visible motorbike rider is never run over.