Strand sails its way out

However, the store that flourished in the pre-Independence era lost its charm in the 21st century. 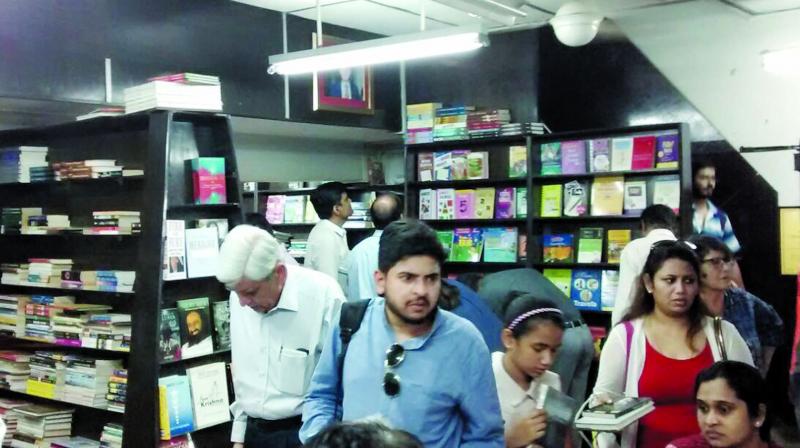 Once turned away from a bookstore for browsing through books, T.N. Shanbhag took it upon himself to start a library. Armed with an idea, he finally founded the iconic Strand Book Store in what was then called Bombay.

Starting off with just two shelves at the Strand Cinema in Colaba in 1948, Shanbhag often struck a conversation or two about his books with moviegoers who flocked to watch the latest screening. The bookstore finally found it’s permanent address in 1956 when it expanded beyond the two humble racks.

And there it stood, the library, which entertained readers through the decades. Personalised recommendations, inexpensive prices, light-on-the-pocket deals proved to be a favourite with book lovers. And in no time, Strand Book Store became a landmark in itself.

“He didn’t want to turn anyone away for browsing and wanted to make books affordable to people. He stuck to it till the end of his life and we continued it,” says his daughter Vidya Viraar, who has been running the store for as long as she can remember along with her brother Arun Shanbhag.

The passion for books runs strong in the family: Vidya and Arun’s earliest memories with the store involve being a part of the every day dealings with the library. After Shanbhag’s death in 2009, the siblings took it upon themselves to keep his dream alive.

However, the store that flourished in the pre-Independence era lost its charm in the 21st century. The library that was once home to 25,000 books is left with only 8,000 books to offer its reader till the end of this month.

“My father used to import books from England and the United States. And over the years, the collection grew bigger,” explains Vidya. She, however, chooses to downplay her success. “Any store as old as ours has an enormous collection of books from several years,” says Vidya.

Be it literature, history, philosophy, spirituality, design, architecture, photography, translation of Japanese and Latin American author or arts — the store has a humongous collection spread across all genres. “Art and design is a big draw for us. Modern Library and Everyman’s Library — series of reprinted classic literature — both published on silk paper are one the rare books we have,” she lists.

Eminent families like the Godrej and Tata’s kept coming back to the bookstore. Vidya says it is solely because of her father’s enthusiasm. “My father had a different approach when it came to recommending books. He could speak to the person at length about the book and would recommend books as per the person’s taste,” recalls the managing partner of the store.

The family that has been feeding people with knowledge for last 70 years, has had authors like V S Naipaul, Shashi Tharoor, Salman Rushdie, Vikram Seth and Ramchandra Guha sharing signed copies. Even intellectuals like Nanabhoy Palkhivala, Narayan Murthy and Sudha Murthy during their student days would spend hours browsing through the collection.

“In fact, Manmohan Singh (back when he was the RBI chief) APJ Abdul Kalam, and Yasmeen Prem would visit regularly. Even Shabana Azmi and Mahesh Bhatt use to visit often,” she recalls.

Talking about the classics at the store, Vidya mentions The Art of India by C. Sivaramamurti is on sale at half price. “On sale there is The Ascent of Man by Jacob Bronowski which is a cultural history of the world. Men of Mathematics and Idea by Peter Watson, which contains the history of ideas that have actually driven the world, are also on sale,” smiles Vidya. She also introduced Case for India by Will Durant that was given to her by tech investor Mohandas Pai.

Now having served over four generations of book lovers and intellectuals around the country, the owner says it’s time brick and mortar stores are taking seriously. “I have invested a lot in the store — right from paying salaries on time and making purchases for the library. But our overheads have outstripped our sales. Our turnover has gone down,” shrugs Vidya.

One of the main reasons she states is digitisation. “Now people can get what they want with just a click of a button. Why will anyone go to a physical store? People also like reading on phones or tabs,” she rues.

However, Vidya is quick to focus on the legions of readers it benefited through the decades. “We have gained a lot of goodwill in return. Now, we want to find every book a home. We want readers to benefit and remember Strand. We don’t want to shut shop with books still lying on the shelves,” she sighs.