Chronicles of ‘The Wall’

Neha Dinesh, an architecture student, will be illustrating for a comic book on the career of Rahul Dravid. 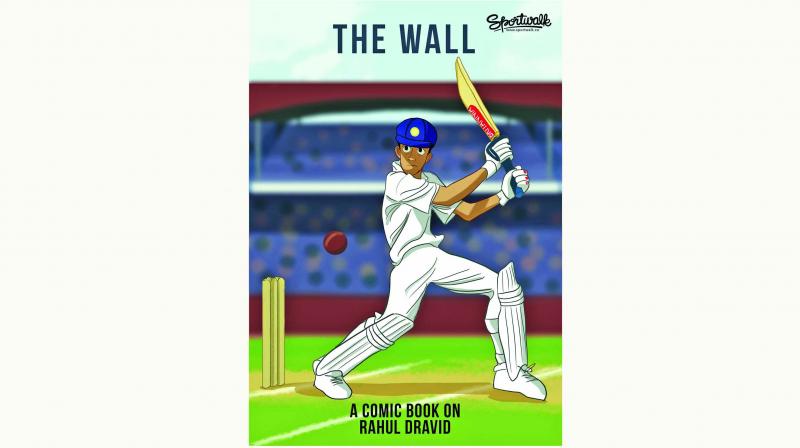 The promotional poster of The Wall.

Twenty-two year old Neha Dinesh, an architecture student from MEASI is an illustrator by passion. She is currently working on a comic book that will highlight the triumphs of ‘the wall’ of Indian cricket — Rahul Dravid. Talking to us about her journey, Neha shares, “I used to draw looking at photographs, and that remained a hobby. Around three years ago, I started following art blogs of international animation students, and that got me interested. Animation did not stick to me, but I got into drawing cartoons and the like. I also learnt Photoshop for college projects. So that way, I got used to the software and that caught my attention.”

When quizzed on which aspect of her work she is actually proud of, Neha says, “I try and make my drawings more emotive. I try to bring across a sense of emotion not just through facial expressions but the entire body language. A lot depends on the body language of the drawing and not just the emotions shown on the face. The overall drawing must convey a certain mood. This is one thing I have been trying to develop over the years and I have to say, I’ve gotten better at it.”

Trying to make cartoon look like a real person is a real challenge, shares the youngster, adding, “When I try to break down the likeness of a real person, sometimes, it may not work out. It takes a lot of experimentation to know what are the defining characteristics of a person to bring life to the cartoon.”

Sportwalk, a sports merchandise company, will be collaborating with Neha on the comic book titled The Wall on Rahul Dravid. Talking about the book, she says, “The comic is still in the storyboard stage. Rahul is always an underrated cricketer, a selfless member of the team whom everyone respected yet he never hogged the limelight. This 16-page-book will highlight the highs and triumphs in his career. There are episodes about his famous partnership with VVS Laxman at the Eden Gardens, The Adelaide test innings where he scored a double century and so on. We will also bring it down to today where he is still working for the game he loves, coaching players and imparting his wisdom. This will be a tribute he deserves.”

Apart from Dravid himself, the comic will also feature players like Sourav Ganguly, Sachin Tendulkar and VVS Laxman. Neha is happy to be doing something about cricket, given how she grew up watching the game on TV — “My father and brother were into cricket a lot. I do remember watching Dravid play, and now this project is very special because he is part of my childhood memory,” she says.

“I am looking to collaborate more with Sportwalk, for their merchandise line. I draw for the sake of it, because I enjoy it. There are no set plans as of now, so I can just say I’ll continue to do this for as long as possible,” she signs off.