Postcards from the past

The exhibition opens today and can be viewed till October 1 at the Kamalnayan Bajaj Special Exhibition Gallery. 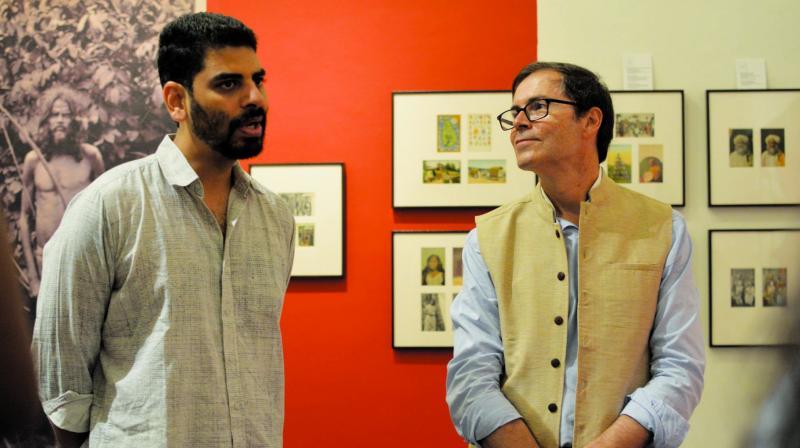 Since we live in an age where there are a plethora of platforms to communicate, postcards have slipped into oblivion in our common consciousness. And that’s precisely why the Paper Jewels: Postcards from the Raj exhibition, organised by the Dr. Bhau Daji Lad Mumbai City Museum in collaboration with The Alkazi Foundation for the Arts, is a spectacle one must behold. Curated by Omar Khan and Rahaab Allana, this exhibition takes the viewer on a nostalgia-fuelled journey through time and space, as over 300 postcards bring to life people, places and lifestyles of an era gone by.

Omar points out one of the earliest postcards to have been circulated in the county. Published in 1897, the well-worn card has the words Greetings from India inscribed on it. “Postcards were a novel medium, as for the first time, people found a way to exchange images with each other. Press and photography were limited, so postcards provided a doorway to see what a country looked like,” says the curator. And this privilege is gifted to the watchful observer through the three sections of the exhibition, the first of which is dedicated to postcards that document the changing face of Presidency towns like Calcutta and Delhi, as well as postcards from Ceylon, now Sri Lanka. Many postcards sit right beside the original photographs they were based on, making one contemplate the various printing technologies and colour palates experimented with to create these paper chronicles. 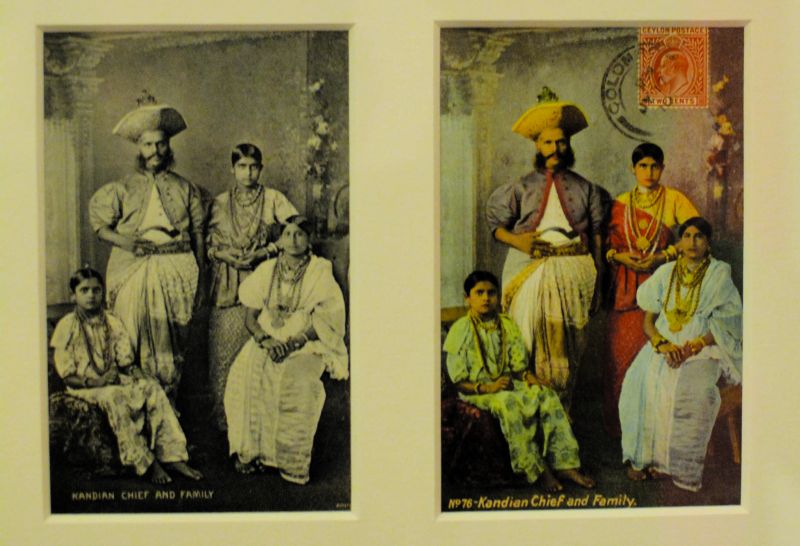 Coloured postcard made from a black and white photograph

The second section is dedicated to erstwhile Bombay, where one can view postcards produced by the Taj Mahal Palace hotel, renditions based on artist M.V. Dhurandar’s paintings, ones printed by the Ravi Varma press, those that capture India’s earliest artist, Gauhar Jaan, as well as postcards that document various cultures, professions and incidents from the 18th and 19th centuries. But the portrayals aren’t all rosy as a couple of postcards draw attention to the spate of famines that ravaged the city. Pointing at one that depicts emaciated individuals lined up on a street, Omar says, “Postcards were a great way of depicting reality. They also promoted information sharing, where very often, information emanated from the bottom. So they were a form of subaltern communication in the 19th century. Also, stamps played an important role as different positions communicated different mutually understood messages.”

It’s also interesting to read the hand-written messages that accompany some of these postcards, as it gives us a peek into emotions and ideas sent across along with the image. 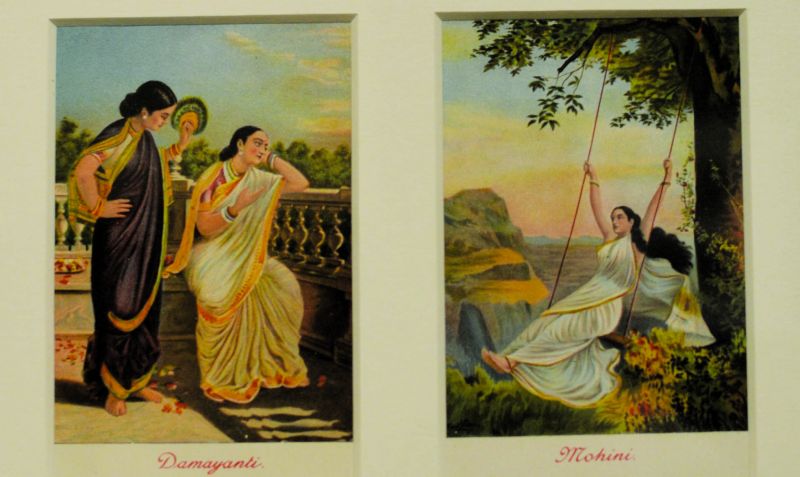 The third and last section explores postcards that capture the beauty of hill stations like Shimla, Ooty and Kashmir well as those related to the Independence movement. Valiant freedom fighters look out from postcards while some even have their quotes written on them. “We might feel that a lot of postcards depict a Western perspective because initially, photographers were Westerners. But, with the proliferation of Indian press, publishers, photographers and painters, perspectives changed. In fact, postcards played a key role in the Independence struggle as they were used as a tool to express dissent,” explains Omar.

Since the exhibition is so thorough, one might feel overwhelmed by the variety on display. The trick, however, is to approach this offering with curiosity, the kind one feels when opening an old, forgotten suitcase. For locked in these paper remnants are stories we can never be part of, but vicariously enjoy through observation.

The exhibition opens today and can be viewed till October 1 at the Kamalnayan Bajaj Special Exhibition Gallery.