He made the remarks while speaking about the banning of books and writings that offend religious feelings. 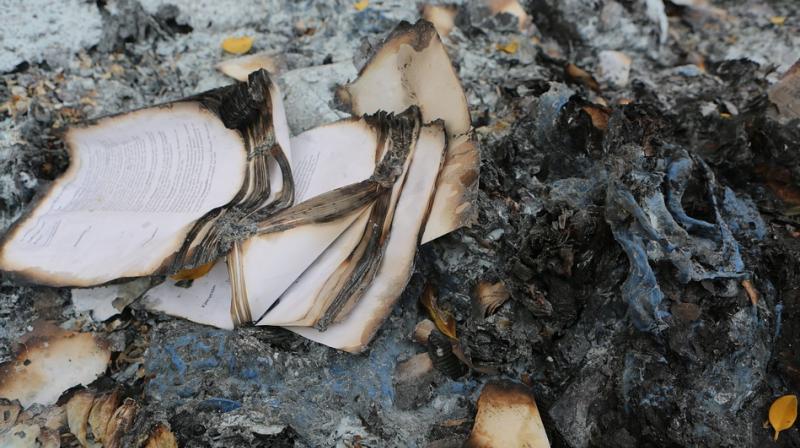 The government can only say you have every right to criticise any religion. Only thing is use logical not emotional arguments (Photo: PTI)

Jaipur: Celebrated Kannada writer S L Bhyrappa has pitched for scrapping laws that forbid offending the religious feelings of any community, saying that there must be freedom to question other people's beliefs.

The writer, who had earlier kicked up a controversy in the past by accusing Tipu Sultan of being a religious fanatic, said such laws were created by the British, and were being wrongly used by the governments, claiming it led to a ban on Salman Rushdie's 'Satanic Verses'.

He made the remarks while speaking about the banning of books and writings that offend religious feelings at a session during the ongoing Jaipur Literature Festival.

Citing instances when Rushdie's book was banned or late scholar and linguistic A K Ramanujan's essay on 300 Ramayanas was dropped from Delhi University's History syllabus, Bhyrappa said people should be allowed to be critical of a particular religion, if it is done through logical and not emotional arguments.

"The best example of tolerance is Indian soil. But what happened was the (Indian) government started using the law which the British made. The best way is to remove that law.

"All discussions should be academic. The government can only say you have every right to criticise any religion. Only thing is use logical not emotional arguments," he said.

The the 85-year-old writer also seemed to suggest that the Sati system was a result of women trying to escape the clutches of "Islamic invaders" by taking their own lives.

"Sati system was not present in the Indian culture. Even in the story of Sati, she killed herself, not on her husband's pyre, but as a protest against his ill treatment by Daksha," he said.

Talking about sexual violence against women and the restrictions imposed on them, Bhyrappa said there must be a "cultural change" in the mindsets of men, who he claimed "were naturally more aggressive than women".

Talking about his books, he said he attempts to reinterpret the mythological works in a "humanistic manner" in his writing.
In his novel 'Parva', a reimagining of the Mahabharata, Bhyrappa said he tried to develop the women characters like Gandhari and Draupadi.

"No one asks how Draupadi must have felt having five husbands. Or which one she might have loved more. I also tried to change the motivation for Gandhari about why she wears a patch around her eye. I reinterpreted the Ramayana from Sita's point of view," he said.

On the caste system, he said, "it was unfortunate that after independence, reservation was adopted on the basis of caste and not poverty. So, caste became the basis of poverty," he said.

He termed the move "wrong" as it made students conscious of their caste.

"It was a wrong move as students too became caste conscious. All poor students must be given reservations.

"Now every caste invents and projects its own own Gods and there are fights on the basis of this. I think all this is very silly," he said.

The scholar was in conversation with Kannada writer Vivek Shanbhag.