Sculpture was slated to be world’s tallest bamboo sculpture, beating 83-ft for a fibre-and-iron sculpture of Durga in Kolkata last year. 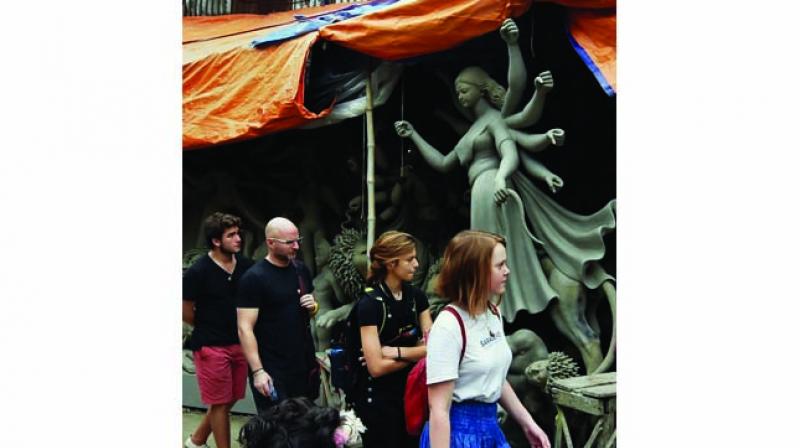 A 100-ft tall bamboo idol of Durga was set to enter the Guinness Book of World Records as the tallest bamboo sculpture ever made.

However, things took a nasty turn when a storm during Vishwakarma Puja on Sunday toppled the bamboo idol of Durga that was to have gone into the Guinness Book of World Records. The storm also killed a man and destroyed several houses in and around Guwahati.

The Durga idol, being created by Nuruddin Ahmed, an art director for local films and mobile theatre groups along with his team of 40 artisans was scheduled to be completed by September 20.

Speaking to HT, Biman De, a member of the city’s Bishnupur Durga Puja Committee, who was sponsoring the creation, said that while no one was injured when the idol fe3ll, they are discussing the possibility of rebuilding the image with the designer and before deciding on its shape and size.

The committee, known to commission experts for innovative marquees and idols, had assigned Guwahati-based Ahmed to make the “world’s tallest Durga idol”.

Ahmed, 59, began working on the statue on August 1 with a team of 40 artisans.

The idol was slated to be the world’s tallest bamboo sculpture, beating the equally infamous 83-ft for a fibre-and-iron sculpture of Durga in Kolkata last year.

Ahmed said some 6,000 bamboos of various species had been used in putting up the image. The work was estimated to cost Rs 12 lakh.