Samples have also been delivered to the US and Russian embassies in Helsinki. 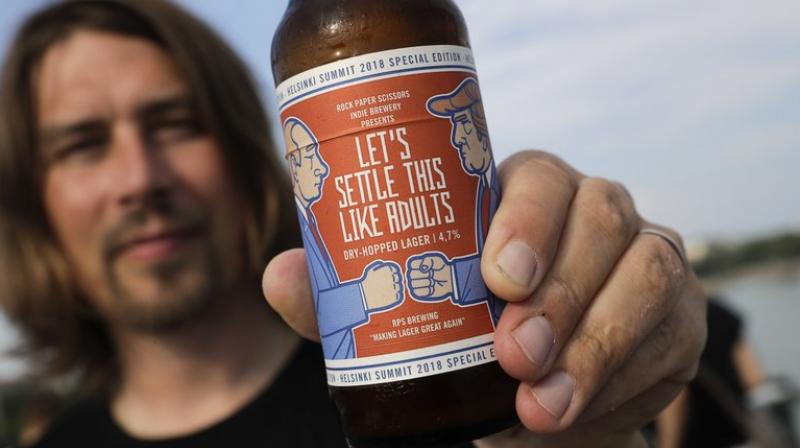 The beer has been in high demand since it hit the shelves nationwide a few days ago. (Photo: AP)

A small Finnish craft brewery is paying a humorous tribute to the Helsinki summit.

RPS Brewing has issued a limited-edition lager depicting cartoon US and Russian presidents on its label, with text for Donald Trump and Vladimir Putin saying “Let’s Settle This Like Adults” and “Making Lager Great Again.”

The beer has been in high demand since it hit the shelves nationwide a few days ago and the whole 10,000-bottle lot had been sold out ahead of Monday’s summit. Samples have also been delivered to the US and Russian embassies in Helsinki.

CEO Samuli Huuhtanen told The Associated Press on Saturday that “a couple of good beers can help any negotiations,” especially if followed by a visit to a Finnish sauna.