The 4,000 solar panels with a total capacity of 12.9 megawatts are designed to provide 14 hours of electricity a day. 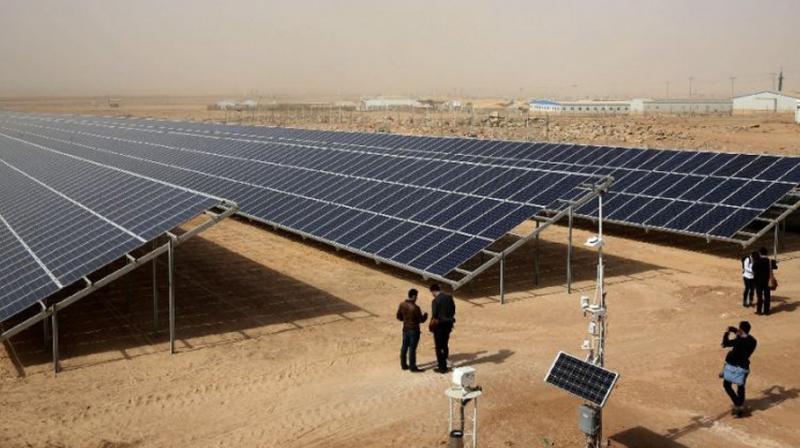 The additional hours of electricity would improve the refugees' lives "by giving more opportunities for the kids to study in the nighttime. (Photo: AFP)

Jordan on Monday inaugurated the largest solar park to operate in a refugee facility, aiming to improve the lives of tens of thousands of Syrian refugees at the Zaatari desert camp.

The 4,000 solar panels with a total capacity of 12.9 megawatts are designed to provide 14 hours of electricity a day to Zaatari's 80,000 inhabitants, according to the United Nations High Commissioner for Refugees.

The project was financed by Germany at a cost of 15 million euros (P895.3 million).

The UNHCR has previously been providing eight hours of electricity a day, costing $500,000 (P25.6 million) a month, said Stefano Severe, the agency's representative in Jordan.

"With this solar panel plant and this grant from Germany, UNHCR will be able to provide 14 hours with zero cost," he said at a ceremony at the camp attended by Jordan's Energy Minister Salah al-Kharabsheh and German ambassador Birgitta Siefker-Eberle.

He said the savings would be used to improve other services in the camp.

The additional hours of electricity would improve the refugees' lives "by giving more opportunities for the kids to study in the nighttime, for people to store food in their fridges, to communicate with the outside world", said Severe.

In May, Jordan scored a world first for a refugee camp powered by renewable energy, according to the UNHCR, when it opened a two-megawatt solar plant in Azraq which is home to 35,000 refugees from the war across the border in Syria.