This series sheds light on the life of America’s most powerful man. 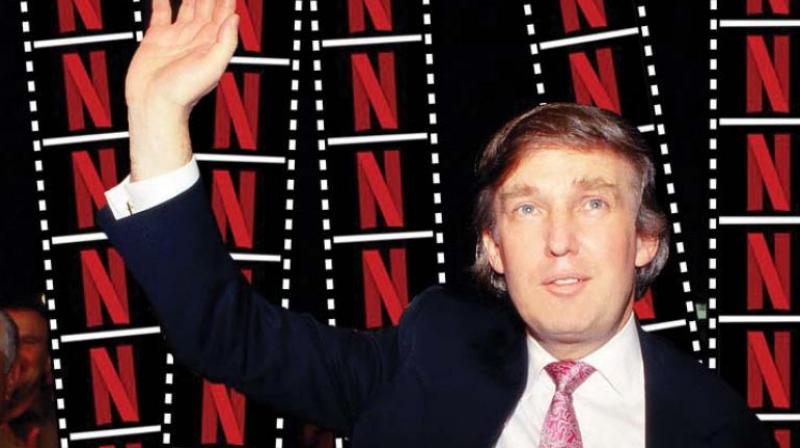 You may be a staunch admirer or a fierce critic of the President of the United States — Donald Trump. Yet, irrespective of your affiliation, this documentary on Netflix, Trump: An American Dream is a balanced portrayal of America’s most powerful man. The four-episode saga traces his life from the early 70s where he had just made his official entry into the world of business. Way back in the 1970s, New York painted a far from glamorous picture. The city was in financial ruins, there was garbage overflowing everywhere and citizens losing jobs. The then Mayor Abraham David Beam travelled to other US cities desperately seeking funds. Against this background, emerged the good-looking son of real estate tycoon, Fred Trump. Donald, his third son, was sent to military boarding school, was determined to be more successful than his father, whose real estate dabbling was confined to suburban New Jersey. This was not good enough for the ambitious Donald, who was planning one of the most ostentatious buildings, Trump Towers, in Manhattan. He even managing to get an unheard of tax rebate by winning a case against the then Mayor Koch and earning a rebate of almost $1 million. The documentary also touches upon his personal life, covering three marriages and the ensuing drama in between. Essentially a playboy, he finally met his match (or so it seemed then) in the beautiful Ivana Zelnechkova, of Czech origin in 1976 and got married a year later. And for a while, it appeared like he was leading the perfect American dream: A beautiful wife, three kids, a successful career.

In episode 2, the focus is on his casino business, which in his favourite words, “is going to be great for everybody.” Journalist David Cay Johnston, calls him a con artiste, who instead of correcting the former’s falsehoods on the business, incorporates the lies and projects them as the truth with supreme confidence. The downfall of his empire and how neck deep he is in debt as his marriage to Ivana is crumbling is what episode 3 is about. Trump, who was having several affairs, was getting close to Marla Maples (his next wife), and had lost interest in Ivana, “I can’t sleep with a woman who has children,” he told a confidant bluntly.

Donald soon had a third daughter with Marla, even as he was dealing with the collapse of his empire, living in denial and throwing lavish parties. There are startling revelations too. He is portrayed as a ruthless opportunist who  turns up at his father’s funeral and proceeded to talk about his business successes instead of paying tributes to his father. A few years later, he met his current wife, Melania, beautiful and besotted by a Donald, 24 years her senior.

Episode 3 draws parallels between his life and his favourite movie. Donald identifies with Citizen Kane’s life, a man whose success runs parrellel to his loneliness. Episode 4 focuses on his desire to become the president, inspired by pro-wrestler Jesse “The Body” Ventura’s successful campaign for governor of Minnesota. That’s when the seeds were sown. What finally pushed him was a humiliating encounter at the White House Correspondent’s dinner in 2915, where President Obama openly made digs at him in retaliation for Trump whipping up a storm over Obama’s birth certificate.

Stung by the humiliation, he left the dinner early. The last scene is ironical. His aide tells him, “Everybody is laughing at us.” And Trump, responds with characteristic confidence, “They will not when I become the president.”

The rest, as they say, is history!