Life   More Features  13 Sep 2017  Indonesian woman lashed 100 times for being in presence of man she is not married to
Life, More Features

A huge crowd of citizens in Aceh witnessed the savage punishment. 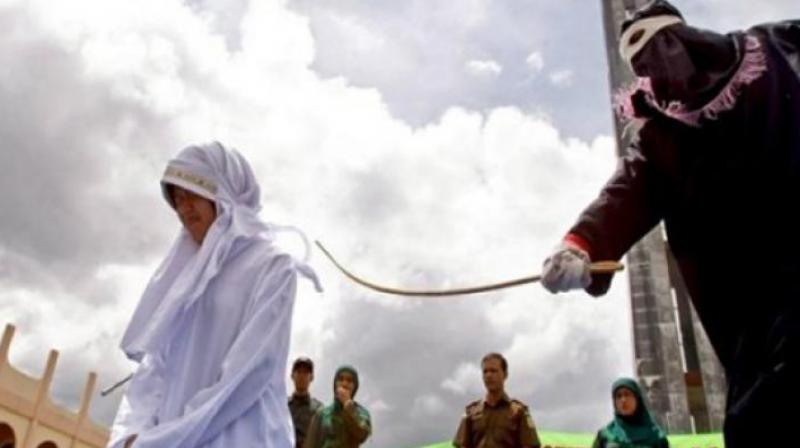 Woman being lashed for a crime committed under Sharia law. (Photo: AP)

A married woman in Indonesia lashed 100 times for being in  a "private place" with a man that is not her husband.  A Sharia court found her guilty of the crime, according to a report by The Sun.

A huge crowd of citizens witnessed the savage punishment given to 30-year-old Mazidah in front of a mosque in the province of Aceh, according to the report.

She had to be rushed to a hospital after collapsing from her injuries. Two men in the case were found guilty with indecent behaviour against a minor. They were also given 100 lashes.

Aceh is the only province in the country that practices Sharia law. Under the law homosexuality, alcohol, and gambling are crimes.

339 public beatings cases have been reported in 2016 alone.