Since arriving in the United States in 2004, Ramsay has become a television phenomenon. 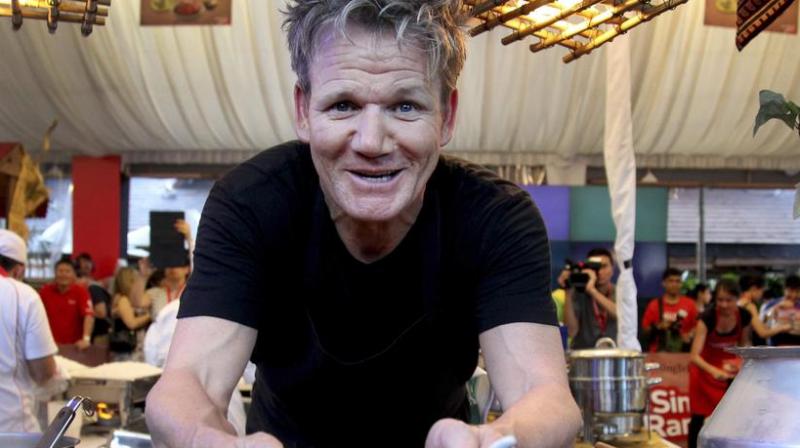 In May 2005, Fox launched a US version of the father-of-four hit show Hell's Kitchen, which showcased the chef's perfectionism and short temper in a high-stress competition reality cooking show. (Photo: AP)

According to a new interview, TV chef Gordon Ramsay has credited his success in the United States to Americans knowing 'f*** all about good food'.

The story, originally published in Mail Online saw Ramsay open up about his time in the United States as he accepted an award for his success on both sides of Atlantic at the Britweek Innovation Awards in Santa Monica, California, on May 4.

Speaking to the crowd, Ramsay said that the first thing that struck him when he first reached America in 2004 was and got interviewed with a lady from LA Times.

“I couldn't eat because I was too busy talking about sort of this little documentary called Hell's Kitchen. And it was really weird, because I said to her, "Look, I've got to get back to set. Fox runs a show, I run a restaurant, that's why we work so well together,” he said, adding, “And she wasn't upset, she just got a little bit nervous that I just wanted to get out of there and get back to work. And the waiter came over and said, "Would you like your food to go?" She said, "Yes", I said, "No, thank you".

According to Ramsay, she boxed a Caesar salad.

He further added in the interview that he warned her that it was dressed 20 minutes back and had been sitting for 25 more minutes.

Apparently Ramsay asked her why would she want to eat that and she said, “It's delicious.”

Ramsay went on to add, “That's when I knew Americans knew f*** all about good food. Right there and then.”

Ramsay, who attended the event with wife Tana at the Fairmont Hotel, spoke to business people and influential Brits in Los Angeles.

Since arriving in the United States in 2004, Ramsay has become a television phenomenon.

In May 2005, Fox launched a US version of the father-of-four hit show Hell's Kitchen, which showcased the chef's perfectionism and short temper in a high-stress competition reality cooking show.

Hell's Kitchen is still on the air, and its 17th season ended in February.