Purple piano played by Prince may fetch $50k at auction

It was in Los Angeles that Prince most frequently played this piano. 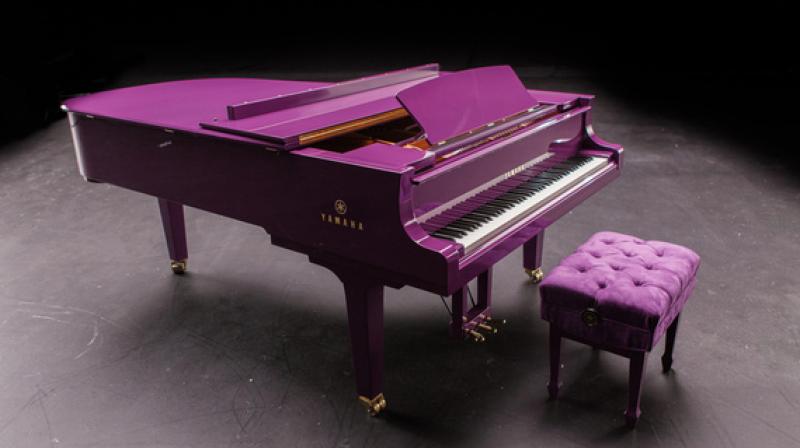 It was a gift specifically for Prince, and was his favourite piano to play because he loved the distinctive ring-like sound it made. (Photo: Youtube Screengrab)

A purple coloured piano - which was personally played by American musician Prince - is expected to fetch over USD 50,000 at an auction in the US.

The piano was originally picked up by the touring crew of the band 'Earth, Wind & Fire' around 1978, and was delivered to the home in Los Angeles where Prince was living at the time.

It was a gift specifically for Prince, and was his favourite piano to play because he loved the distinctive ring-like sound it made when he played it, according to the US-based RR Auction.

It was in Los Angeles that Prince most frequently played this piano.

"He would wake up in the middle of the night, saying that God dropped songs on him that needed to be played then and there, no matter what," according to the online auction house.

The piano was painted pink when the consignor moved to Miami in the early 1990s, around the same time that Prince opened the 'Glam Slam' club. The piano was subsequently painted purple to match new decor.

Though best known as a singer, songwriter, and guitarist, Prince was also an accomplished pianist - it was the first instrument he learned to play, taking after his father who was a piano player in a jazz band.

In Prince's final concert series, the 'Piano & A Microphone Tour' of 2016, he reinterpreted his band-backed electric hits in an intimate setting as a solo pianist.

The bidding for the piano will close on February 15.