Daniels, whose real name is Stephanie Clifford, allegedly had an affair with Donald Trump in 2006. 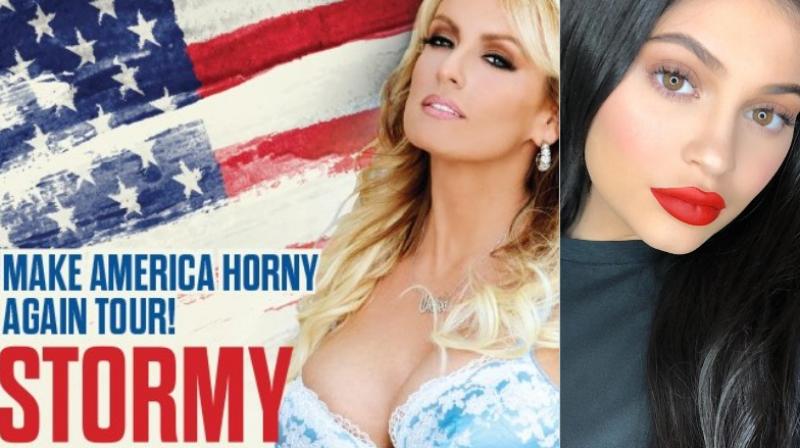 In an interview with TMZ, Daniels said, "I will say congratulations and I wish her all the best. And hang on to your heart because little girls named Stormi are known to cause trouble."

Daniels, whose real name is Stephanie Clifford, allegedly had an affair with Donald Trump in 2006.

She added, "I think it’s a coincidence, I'm not pretentious enough to think she named her after me."

Daniels also advised the newborn, "It's a tough name to live up to, I hope you’re fierce."

Given the news and scandal surrounding the name Stormy, seems like the young Jenner has not been keeping up.