An exhibition that gives glimpses of India from the 1700s up to 1946 by displaying maps previously unseen. 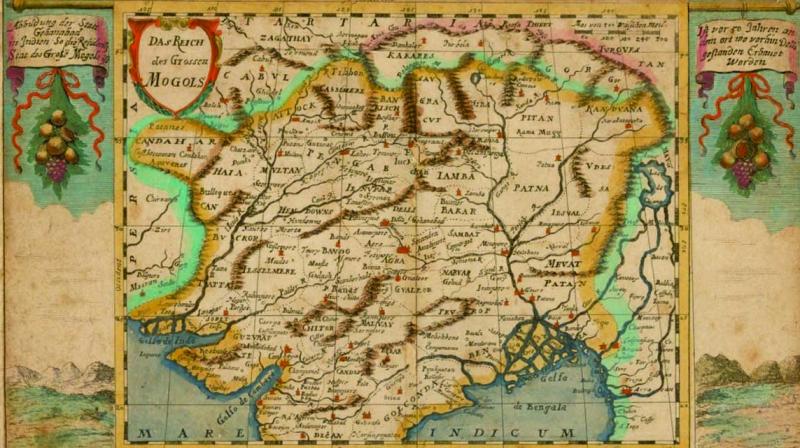 Map of the Mughal period

Everyone at some point has seen maps of India and the world. But have you ever pondered over their purpose? Are they to navigate from point X to Y, or are they pieces of cartography that reminds citizens of the boundaries they are confined to?

India has seen different maps emerge from pre-Independence to post-Independence. An exhibition titled ‘India: A Mapful Story’ is currently on display at the Ojas Art Gallery in the capital. It displays over 100 maps by cartographers like Seutter, Rennell, Mortier, Lapie, Bonne, and Tallis.

In a chat with Anubhav Nath, the curatorial director, we learn that there is only one way to look at these maps and that is, “Look and look again.” He elaborates further, “At first glance, there is so much you will learn or see. Many people have not seen so many maps together and when someone sees them for the first time, it’s very overwhelming — it’s like a bombardment of information.” 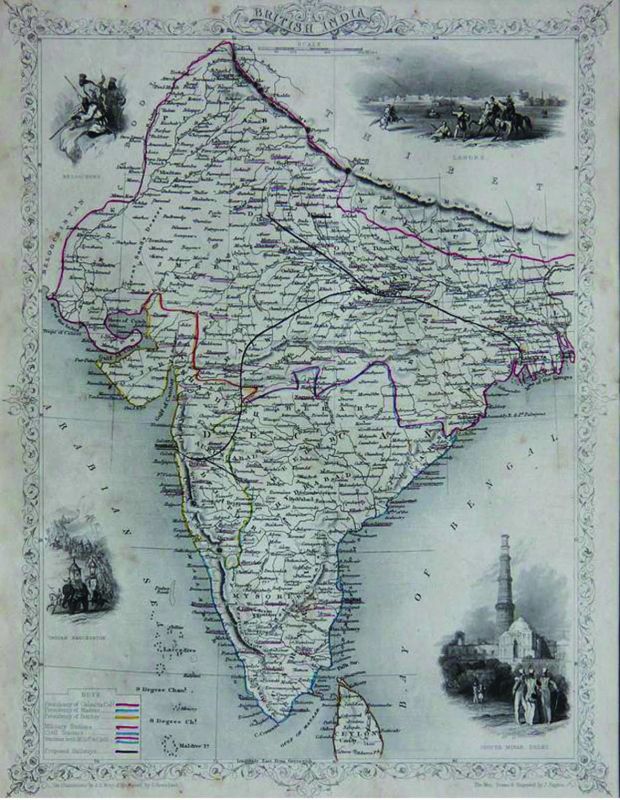 There is an intriguing aspect about these maps and it goes beyond its intricate demarcations. It is the story that exists behind them that adds to the allure, acting as a testimony to the time these maps were created.

Anubhav cites the case of how Burma (now Myanmar), which was a part of British India, went back to not being a part of the territory. He says, “If we were to see the map of India in 1947, it would be so telling from the perspective of someone who studied these maps growing up, and when they saw the new map of India, it would have been a shocker.”

If you ever look at these maps, look them not just from the eyes of the beholder but also from the lens of a magnifying glass. Anubhav calls it a practicality move, as there is “no other way to see the details and nuances.”

He calls the years 1946 and 1947 definitive in terms of Indian map history, for obvious reasons. He further adds that these maps represent India’s vast history that can be  understood through them but they are ‘not the history’ themselves. “You can try and corroborate the historical facts with these cartographic pieces. One map is not history but they can be a tool for historical reference.”

When asked about what the audience should observe in the exhibit, Anubhav says, “I would want them to see a different kind of India and also how geography reflects politics — or how these boundaries change.”