“Do you really think we’re gonna do that?”, Eric Trump said, asking the comedian to not believe everything he read. 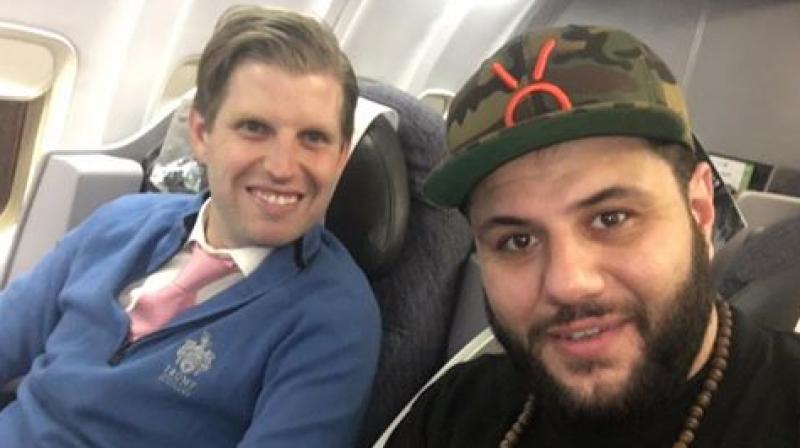 The comedian said that the discussion was pleasant (Photo: Facebook)

Donald Trump's win in the US presidential elections has triggered speculation about policies that he would implement, especially after he expressed willingness to make Muslims register and  carry ID cards and build a wall on the US-Mexico border, among other things, during his campaign.

Now that he is the US President, an environment of fear persists as people are closely observing his cabinet, and hate crimes against Muslims are on the rise post his win.

In the present scenario, Arab-American comedian Mo Amer was surprised to find that he got a seat alongside Trump’s son, Eric Trump, during a flight. When asked about registry for Muslims as part of Trump’s policy, Eric asked Mo to not worry and not believe everything he read.

Mo Amer said in a Facebook post that the discussion that followed was a pleasant one, with Eric telling him that Donald Trump is a nice man. But the comedian also said that he got a vibe that they might continue doing so if they did it to win.

Given that Trump has been denying a lot of his own statements for a while and taking U-turns in policy matters, nothing can be said for sure as of now, but this admission by Trump’s son might come as a relief.