Jiggs Kalra, the ‘Czar of Indian cuisine’, no more

Jiggs Kalra, the man who took Indian cuisine to a global stage, passed away at 72. 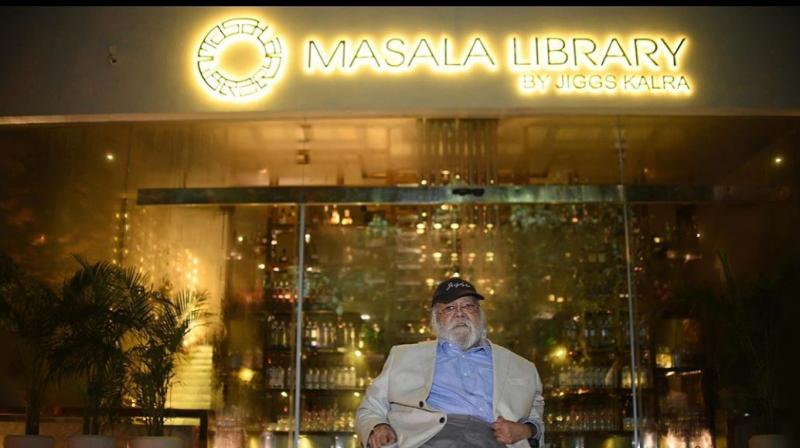 Jiggs Kalra worked as a food columnist, food consultant and author. He was instrumental in taking Indian cuisine to the international stage. (Photo: Instagram @zkalra)

One of India’s most celebrated chefs, Jiggs Kalra, passed away at the age of 72 in Gurugram on Tuseday after a prolonged illness.

Kalra, awarded epithets like ‘Czar of Indian Cuisine’ and ‘Taste Maker to the Nation’ was admitted a hospital just before his 72nd birthday. His son, Zorawar Kalra, shared an update on May 21 on Instagram, “Today is my father Jiggs Kalra’s 72nd birthday. This is the first time unfortunately it has been celebrated in hospital, as he isn’t well. Last year we celebrated it together as a family. Nothing matters more than time spent with your parents as each and every single birthday matters. He is a toughie. Has been battling his stroke for 19 years and will be back soon. Roaring.”

Jiggs was born as Jaspal Inder Singh Kalra on May 21, 1948. His career, spanning nearly five decades, was prolific. He worked as a food columnist, food consultant and author. He was instrumental in taking Indian cuisine to the international stage. He established some the country’s most revolutionary restaurants like Masala Library, Farzi Café, Made in Punjab and Pa Pa Ya, reported Hindustan Times.

Jiggs had represented India at an international level in several food summits. Among his accomplishments is serving food to Prince Charles, Princess Diana, and former US President Bill Clinton. He has also authored over 11 books on food, including ‘Parshad’, the most famous of the lot.

Filmmaker Hansal Mehta shared a condolence message on twitter post Kalra’s demise. “Thank you for introducing me to Indian food and its treasure of recipes. All your books adorn my bookshelf and the masala and oil on each page is testimony to how your recipes have shaped my passion for cooking,” he tweeted.