A burning song a day 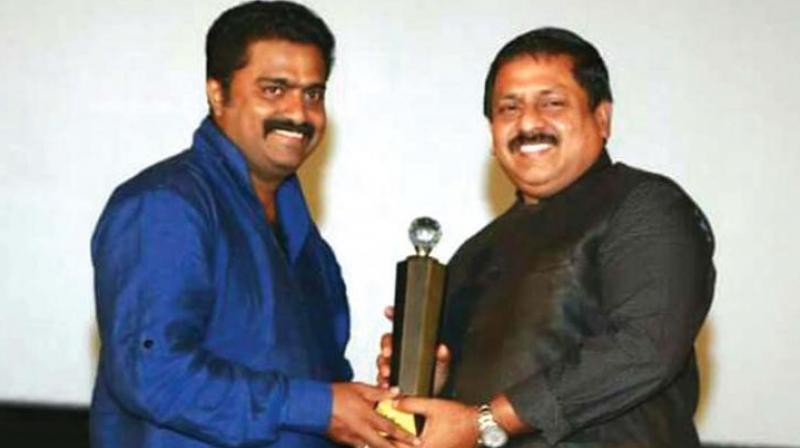 A singer-musician sits patiently in Thiruvananthapuram. Verses may fly in anytime from any part of the world. The lyricist is part poet and part globe-trotter, a busy corporate and filmmaker with an eye on every social malady happening back home. Sohan Roy and B.R. Biju Ram make a perfect songwriter-musician pair. Together, they aim the Guinness Book of World Records attributing one song each for every social evil or current issue discussed every day. A requiem to the Kathua victim and the allegedly killed Latvian tourist to a song of solidarity for Aswathy Jwala and the revoked Nokku Kooli, they have a say on anything and everything that matter attention.

A set of lines have freshly been made at his fingertips, a tribute to the woman allegedly torched alive by her husband. It will be made into a song and reach audience through social media.

“I write out of passion and met Biju quite accidentally on the way. Our combination came out really well. I wrote 170 short poems in 100 days, 110 of them were set to tune by Biju,” Sohan spends time to speak from one of his visits abroad. There’s no YouTube release for the songs that are circulated only via WhatsApp and shared on Sohan Roy’s official Facebook page.

Sohan is constantly updated via Facebook and WhatsApp so that he never misses news.

“All we get is a day’s time. Because the matter of timeliness is there, we can’t put things on hold. By the time I finish composing, a team in Kochi (of Sohan Roy’s group) would have started the graphic designing works. By noon, it’d hit the social media,” says Biju.

This has been one of the major works Biju has taken up after scoring music for the film Karutha Joothan. Surprisingly, one of the listeners of the song for Liga happened to be her sister. Upon listening, she scribbled a few lines on her Facebook timeline.

“A friend of my sent me this song Sohan Roy wrote for Liga. Without understanding lyrics it's beautiful.. understanding lyrics it’s both beautiful and very sad..[sic],” the post reads. For Sohan, the spark has come right on time. “In Dam 999, I wrote three songs each in Malayalam, English and Hindi. Then I got busy travelling and writing came to a sudden stop. Now, I have rekindled my talents. In fact, it is a tougher job for Biju to compose music for what I write,” says Sohan.