Twitter loses it over Trump styled rooster statue in China

As the statue went viral on the internet, smaller replicas made it to markets. 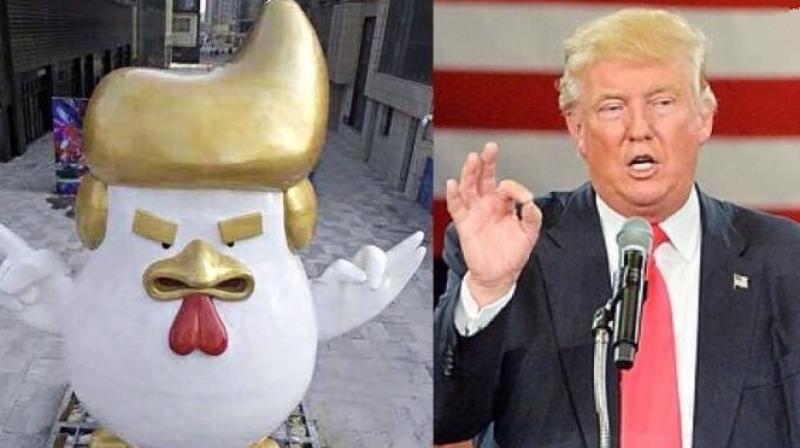 It marked the beginning of the year of the rooster (Photo: Twitter)

Donald Trump’s surprising victory in the US presidential race led to everything from masks and birds to dosas being modeled after or compared to the new president, who is set to move in to the White House.

While Trump can’t stop talking about China, a mall in the country erected with a giant statue of a rooster, which was clearly meant to resemble the American President with its hair looking exactly like those of Donald Trump.

Since Trump has been active on Twitter lately, other users grabbed this opportunity and everyone had something to say about the peculiar rooster which also had the same expression and gestures as Donald Trump.

@loisromano @maggieNYT
China is the only country, so far, with zero tolerance for
Trump…he's more Peking Duck than rooster
perfectly mocked pic.twitter.com/c9bgHOiXgt

Follow the Chinese Calendar, not the polls! 2017 Year of the Rooster. You know he ain't gonna die #AliceinChains #Election2016 #DonaldTrump pic.twitter.com/0rDRSqr8ij

Meanwhile as the statue, erected to mark the year of the rooster, made waves on the internet, smaller replicas are a hit in the markets.