Kensington Palace said the carriage would be pulled by Windsor Grey horses. 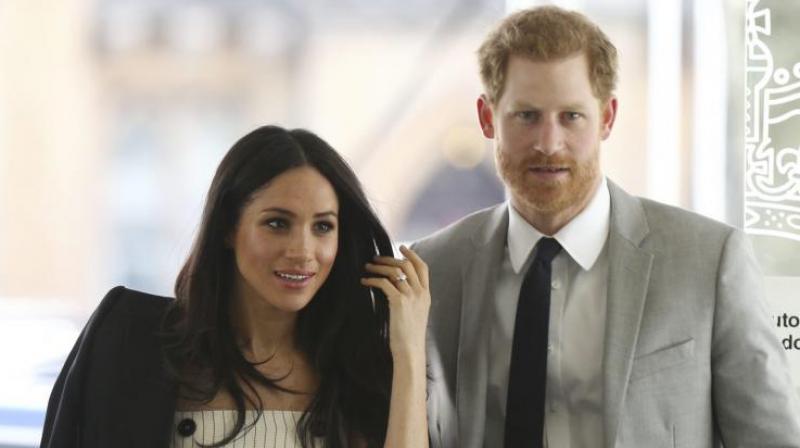 LONDON: Britain’s Prince Harry and his bride-to-be Meghan Markle said on Wednesday they were looking forward to the procession through Windsor following their wedding this month, after choosing an open-top royal carriage for the journey.

Harry and his U.S. fiancee will ride in an Ascot Landau carriage when they take a tour through the town after the wedding ceremony at Windsor Castle, Queen Elizabeth’s home to the west of London, on May 19.

“Prince Harry and Ms. Markle are very much looking forward to this short journey which they hope will allow them to express their gratitude for everyone who has gathered together in Windsor to enjoy the atmosphere of this special day,” Harry’s office, Kensington Palace, said in a statement.

The carriage procession will see the couple ride from the castle through Windsor before returning up the Long Walk, a famous, tree-flanked straight promenade that leads to the castle gates.

There are more than 100 carriages in the Royal Mews collection with five Ascot Landaus. Harry travelled in one of them to the wedding of his elder brother William to Kate Middleton in 2011 when he acted as best man.

Kensington Palace said the carriage would be pulled by Windsor Grey horses, which have drawn the carriages of monarchs and members of the royal family Queen Victoria in the 19th Century, and would be escorted by members of the Household Cavalry Mounted Regiment.