Scientists from the University of Plymouth in the UK analysed 200 used plastic toys which they found in homes, nurseries and charity shops. 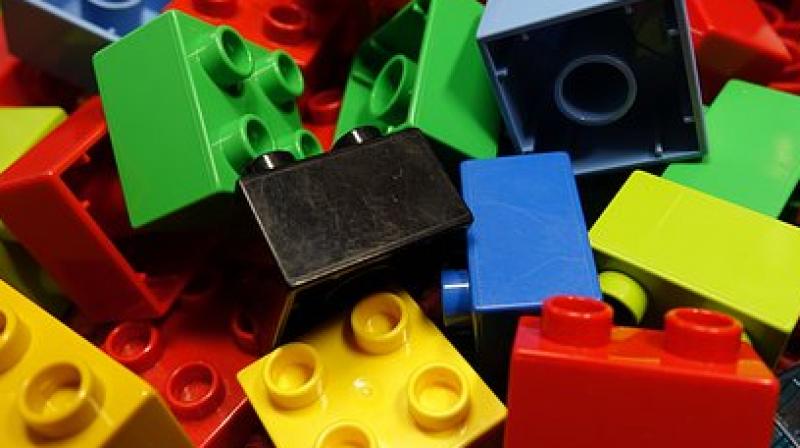 The plastic may not meet the most up to date international safety guidelines. (Photo: Pixabay)

Many second-hand toys could pose a risk to children's health as the plastic may not meet the most up to date international safety guidelines, a study has found.

Scientists from the University of Plymouth in the UK analysed 200 used plastic toys which they found in homes, nurseries and charity shops.

These included cars, trains, construction products, figures and puzzles, with all of them being of a size that could be chewed by young children.

They discovered high concentrations of hazardous elements including antimony, barium, bromine, cadmium, chromium, lead and selenium - which are chronically toxic to children at low levels over an extended period of time - in many building blocks, figures and items of jewellery that were typically either yellow, red or black.

Further tests showed that under simulated stomach conditions (involving extraction in dilute hydrochloric acid) several toys released quantities of bromine, cadmium or lead that exceeded limits set by the European Council's Toy Safety Directive, with the release of cadmium exceeding its limit value by an order of magnitude in some cases.

For the study published in the journal Environmental Science and Technology, the researchers used x-ray fluorescence (XRF) spectrometry to analyse the presence of elements within individual toys.

"Second hand toys are an attractive option to families because they can be inherited directly from friends or relatives or obtained cheaply and readily from charity stores, flea markets and the internet," said Andrew Turner, from the University of Plymouth.