A stereotactic breast biopsy is a procedure that has a high frequency and is really stressful. 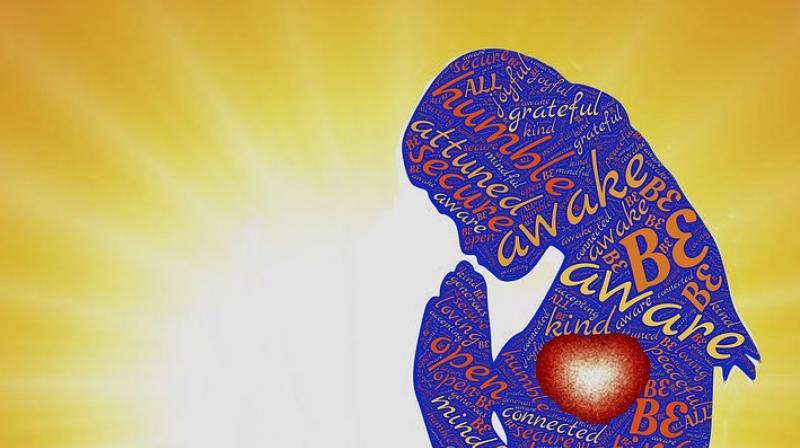 Mindfulness meditation encourages participants to relax and stay in the moment instead of attending to wandering thoughts and emotions. Past research has found that it can alter brain activity in areas associated with emotional regulation, attention and self-awareness, the study team notes in Journal of the American College of Radiology.

Large-core needle stereotactic breast biopsy, sometimes just called “core biopsy,” is used to sample tissue deep within the breast and is done with only local anesthesia, the authors note. “High distress before and during” the procedure is “uncomfortable for patients and can contribute to appointment cancellations, incomplete procedures, complications, and longer procedure times,” they write.

“A stereotactic breast biopsy is a procedure that has a high frequency and is really stressful,” said lead author Chelsea Ratcliff, an assistant professor of psychology at Sam Houston State University in Huntsville, Texas. “I was interested in seeing if short-term mindfulness meditation can be effective in this setting,” she said in a phone interview.

Ratcliff and colleagues recruited 76 women scheduled for a stereotactic breast biopsy at The University of Texas MD Anderson Cancer Center in Houston. Before the procedure, they randomly assigned each woman to one of three groups: one group would get a 10-minute instruction in mindfulness-based meditation, another would be taught a focused breathing exercise, and the third would get standard care with no additional instruction.

All participants rated their levels of anxiety and pain before any instruction, during the procedure, and again afterward.

During the biopsy, a mind-body specialist guided the women assigned to the mindfulness intervention through refocusing their awareness to the present by having them focus on sounds, thoughts and slow diaphragmatic breathing.

A different mind-body specialist also led women assigned to focused breathing through their protocol. The third group of women received only the usual assurances from their medical team during the procedure.

Overall, women in the mindfulness group showed the steepest drop in anxiety levels over the first 25 minutes of the procedure.

The study team found no differences between the three groups in levels of pain.

“We kind of expected the pain rating of the procedure to be a bit higher so there was the potential to bring it down, but it was already so low,” Ratcliff said. Only 8 percent of the women rated their pain greater than five on a 10-point scale, she noted.

In 22 of the women, the researchers also measured brain activity before, during and after the biopsy using electroencephalography, or EEG. They observed an increase in certain types of brain waves in specific brain areas in the mindfulness group but not in the other two groups.

“These regions are associated with attention and self-awareness. Other papers have found that changes in brain activity correlate with self-reports of bliss or lower thought content. We need to do more research to understand the take-away from this information,” said Ratcliff.

“Even in this small sample we saw a medium-size effect of mindfulness meditation. This is promising for the future, but the study needs to be replicated and expanded,” Ratcliff said.

“This was a beautiful demonstration of how you can counter the manifestations of a bothersome and worrisome procedure,” said Herbert Benson, founder of the Mind/Body Medical Institute at Massachusetts General Hospital in Boston, who wasn’t involved in the study.

“Stress and anxiety cause arousal and genetic changes in the body that are harmful to health. . . . Having an alternative procedure like this can evoke the relaxation response which can break the train of everyday thinking,” he said in a phone interview.