Oldies of a feather stick together

Working out with peers of the same gender doesn't seem to make a difference - it's the age that counts. 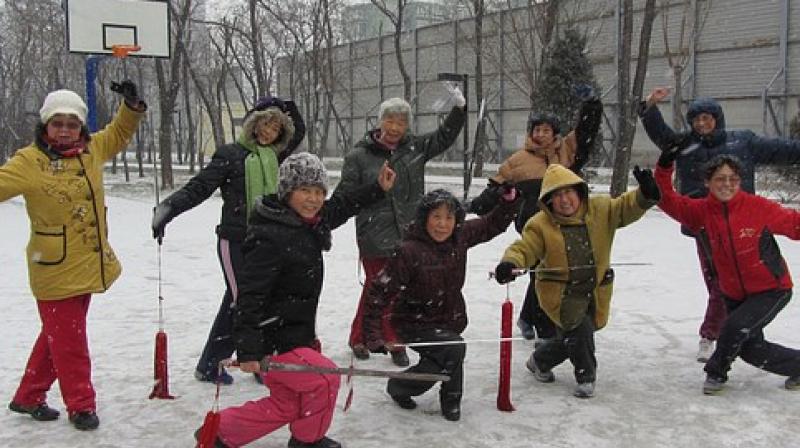 Working out with peers of the same gender doesn't seem to make a difference - it's the age that counts. (Photo: Pixabay)

Older adults are more likely to stick with a group exercise programme if they can do it with people their own age, a new study has found.

According to the University of British Columbia study, working out with peers of the same gender doesn't seem to make a difference - it's the age that counts.

"This study points to the importance of age-targeting, but perhaps not gender-targeting, when developing these programmes," said lead author Mark Beauchamp.

The study recruited 627 adults, averaging 72 years in age, for 12-week exercise classes at YMCA locations in Metro Vancouver. Participants had the option to extend participation for another 12 weeks afterward.

The researchers' prediction that same-gender classes would lead to even greater adherence wasn't borne out by the results. This is significant, as it could free facilitators from the cost of providing separate classes for each gender unnecessarily.

Age and gender groupings weren't the only strategies researchers used to try to strengthen participants' commitment. Participants also received custom T-shirts that identified them as members of a group, and were given opportunities to socialize over coffee following class.

"All of this together points to the power of social connections," Beauchamp said. "If you set the environment up so participants feel a sense of connection or belonging with these other people, then they're more likely to stick with it."

Such strategies would be easy to employ in a variety of physical activity settings such as community centres, fitness clubs and retirement communities, the researchers noted.

In this case, study participants didn't want the classes to end. Rather than continue their workouts in regular classes, they successfully lobbied the YMCA to continue age-specific sessions after the experiment was over.

The study appears in the Health Psychology.