Mia Austin, 29, was just 21 years old when a stroke left her trapped in her own body, unable to speak. 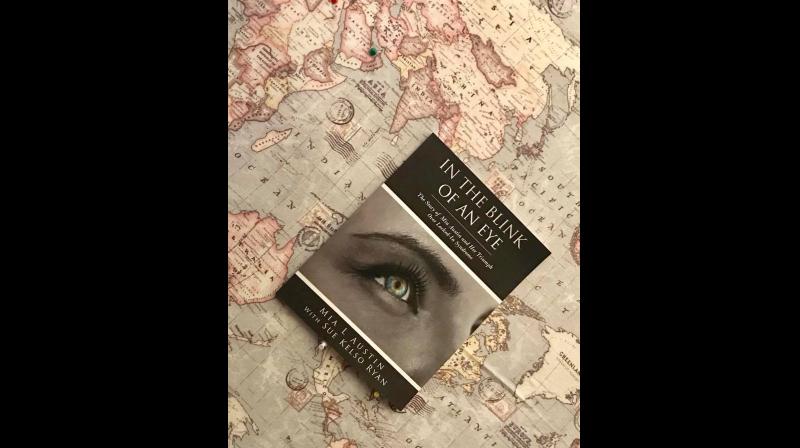 Austin can only communicate through eye movement and a spelling chart - the method she used to pen her book, In the Blink of an Eye. (Facebook Screengrab/ Mia Austin)

A young woman who was left paralysed from the neck down after suffering a severe stroke has written a book using only her eyes.

Mia Austin, 29, was just 21 years old when a stroke left her trapped in her own body, unable to speak.

Diagnosed with ‘locked in syndrome’, a condition doctors describe as “the closest thing to being buried alive:, she can see, hear, and think as normal, but cannot move from the neck down and has to be fed through a tube.

Austin can only communicate through eye movement and a spelling chart - the method she used to pen her book, In the Blink of an Eye.

In her introduction, Austin writes: “I must have woken on the morning of November 16 2009, totally oblivious as to what was going to happen because I'd been to work, as usual, nothing different, followed by the gym where I did my normal workout.”

She further writes, “I went straight in to tell my mum how badly I’d done (at the gym) and she replied ‘There’s always tomorrow’...How ironic.”

“Welcome to my story all about me. Now you can get into the head of a stroke victim,” she then elaborates.

After Austin suffered the stroke at her home in Wirral, doctors told her family to expect the worst. They didn’t believe Austin, who was put on a life support machine at Arrowe Park Hospital, Merseyside, would survive the night.

However, as they were preparing to withdraw life support, Austin opened her eyes.

Despite being completely immobile, doctors realised she could still see, hear and think as normal and she was diagnosed with ‘locked in syndrome’ a week later.

Speaking of his daughter’s book, Austin’s father Rick said: “Personally, I feel incredibly proud of Mia. To write a book in quite literally a blink of an eye is outstanding. It took her around one year to write but it was a very laborious task, using her eyes to choose each letter.”

The family, including Austin’s bother Sam, 32, and sister Sophie, 25, all helped Austin using a spelling chart to write poems and short stories in the hospital. Carole said, “As you can imagine using the spelling graph took forever, it was very tiring for her, it is so much easier now she has the special computer.”

The book sees Austin write about her experiences and addresses all the questions everyone probably wants to know but are too polite to ask.

The book is by no means Austin’s only incredible feat of determination. She completed a criminology course at Wirral Metropolitan College in 2017 before signing up for a forensics course with the Open University. And this year she will begin another course in criminal justice.

Tags: woman, stroke, paralysis, author, health and well being, book, mia austin, locked in syndrome, in the blink of an eye