Dear parents, the quality of your kid's poor sleep can affect his eating habits and weight, according to a study. 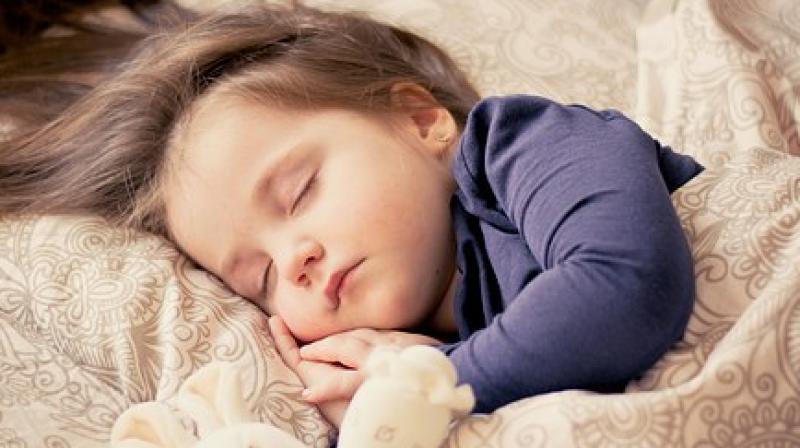 Dear parents, the quality of your kid's poor sleep can affect his eating habits and weight, according to a study.

Fuemmeler explained that previous research has shown that sleep patterns play a role in obesity in adults, but most research exploring the connection between sleep and obesity in children has focused on the duration of sleep, rather than the way quality of sleep or circadian patterns affect eating behaviors and weight.

In this study, Fuemmeler and colleagues enrolled 120 children whose mothers had participated in the Newborn Epigenetic Study, a federally funded project that examines how environmental exposures and nutrition, both pre-birth and during early childhood, affect how genes work.

The average age of the children was 8. Researchers controlled for age, sex, race, and maternal education as an indicator of socioeconomic status.

To track the sleep-wake cycle, the children wore accelerometers continuously for 24 hours per day for a period of at least five days. To gauge eating habits, children completed the "eating in the absence of hunger test."

Children ate a meal and reported when they were full; the researchers then tracked how much food they ate once they had reached the point of satiety.

-More fragmented rest-activity rhythms and increased intradaily variability, a measure of the frequency and extent of transitions between sleep and activity, were also associated with greater waist circumferences.

-Earlier onset of the most active period during daytime, diurnal activity, was associated with higher intake of calories once the children had reached the point of satiety.

"Today, many children are not getting enough sleep," Fuemmeler said. "There are a number of distractions, such as screens in the bedroom, that contribute to interrupted, fragmented sleep. This, perpetuated over time, can be a risk factor for obesity. Because of the strong links between obesity and many types of cancer, childhood obesity prevention is cancer prevention, in my view."

The data was presented at the American Association for Cancer Research Special Conference Obesity and Cancer: Mechanisms Underlying Etiology and Outcomes.