This is the first time anyone has taken the parasite genes that are in the blood of patients and sequenced everything that's there. 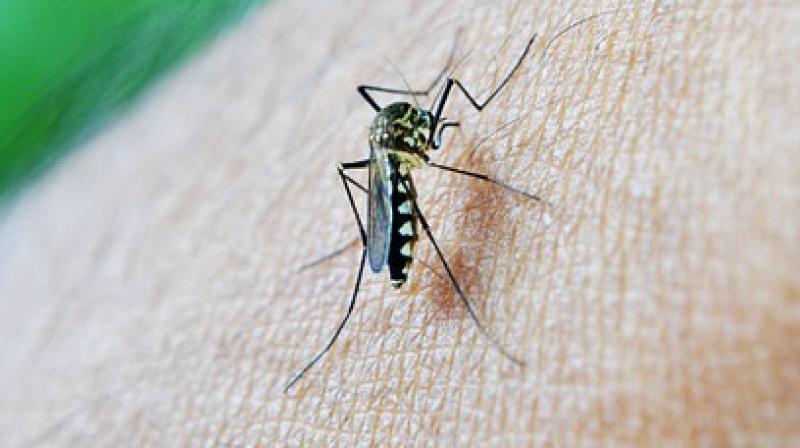 These infections are often fatal in young children who have not yet had a chance to develop a strong immune response to the parasite. (Photo: Pixabay)

Researchers have identified a genetic fingerprint associated with the most deadly strains of malaria parasites, making these unique DNA regions potential targets for vaccine development.

Researchers led by the University of Melbourne in Australia found a small group of proteins was associated with the most severe strains of malarial infections.

These infections are often fatal in young children who have not yet had a chance to develop a strong immune response to the parasite.

"We know that the great burden of mortality for malaria is in children under five," said Michael Duffy from the University of Melbourne.

"But why children are at such high risk of death by malaria, and why some children die while others survive, has frustrated clinicians and scientists for years," said Duffy, senior author on the study.

"To better understand this difference, we compared the parasites causing the most severe malaria to parasites that cause uncomplicated or mild disease, which can be resolved by the immune system," he said.

The researchers developed a fingerprinting technique to identify different strains of malaria.

The technique uses the parasites var genes as a unique identifier.

These genes code for different versions of the protein PfEMP1, which are expressed on the surface of red blood cells infected by malaria.

Each parasite has 60 of these genes that are different to other parasites and each gene is a mosaic of parts that can be shuffled to create new genes.

The parasite also shuffles through the genes it uses like a pack of cards, thus appearing like different strains able to hide from our immune system.

Duffy and his colleagues used RNA sequencing to sample parasites isolated from the blood of 44 adults in a location in which malaria is endemic in the state of Papua, Indonesia.

Twenty-three of these people had severe malaria. The researchers then compared 4,662 pieces of var genes that were being expressed in severe cases, against those expressed in mild cases.

This is the first time anyone has taken the parasite genes that are expressed in the blood of patients and sequenced everything that is there.

"We then assembled these sequences to work out what is present and what is different between severe and uncomplicated cases," Duffy said.

The researchers showed that only 20 to 30 of the thousands of var genes were being expressed at a higher rate in patients with severe malaria than uncomplicated malaria.

A broadly effective malaria vaccine remains elusive despite the backing of the Bill and Melinda Gates Foundation and hundreds of millions of dollars in research funding, researchers said.

Duffy said that because malaria is so diverse, and each parasite is constantly changing its attack strategy, finding a valid target for a vaccine is hard.

"But now we are starting to understand that of the thousands of versions of the PfEMP1 protein that are out there, only a handful, maybe 20 or 30, are causing the most severe cases of malaria," he said.

"And, so, we might be able to target vaccines to just these severe versions," Duffy added.