A study was recently conducted on the healthiness of packaged foods from around the world. 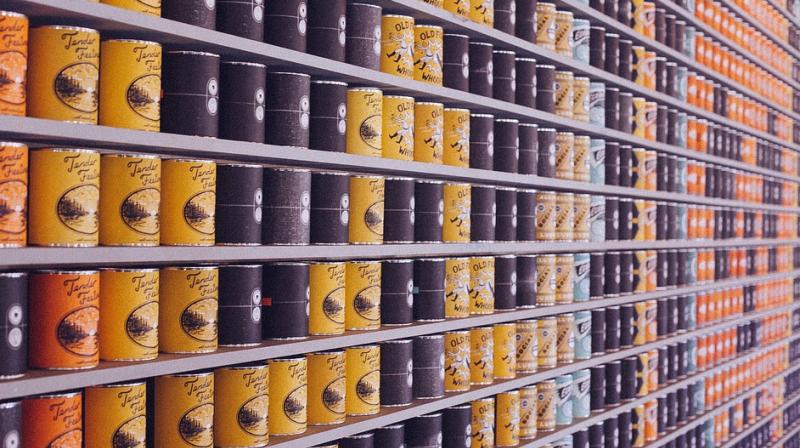 Even though UK has the healthiest packaged food and drinks, there are rampant cases of obesity. (Photo: Representational/Pixabay)

The packaged food study conducted by an Australian research body assigned scores based on the Health Star rating to various packaged foods from around the world.

The UK had received a lot of grief about the health rating of their food. But this study showed that UK’s packaged food like convenience snacks, ready-made meals and drinks were the healthiest in the world. The US came in second place and Australia in third.

Each food item was rated using Australia’s Health Star system. The level of nutrients like calories, salt, sugar, saturated fat, protein, calcium, and fibre were measured. Each food was then assigned a ranking from half a star (least healthy) to five stars (the most healthy).

Canada had the unhealthiest salt levels in food but were second best in sugar rankings, falling just behind the UK. China’s drinks were found to be healthy but their packaged food was one of the worst.

“Globally we’re all eating more and more processed foods and that’s a concern because our supermarkets shelves are full of products that are high in bad fats, sugar and salt and are potentially making us sick,” Elizabeth Dunford, PhD, lead author and a research fellow in the food policy division of The George Institute for Global Health, said in a statement to Healthline.

“Our results show that some countries are doing a much better job than others,” she added. “Unfortunately it’s the poorer nations that are least able to address the adverse health consequences that have the unhealthiest foods.”

But these results are not indicative of the ground reality. Even though UK has the healthiest packaged food and drinks, there are rampant cases of obesity. Obesity rates are just climbing in UK, US an Australia, the best ranked countries. In US alone, more than two-third of the adults are overweight or obese.

It seems that access to healthy packaged food is not associated with the health of the consumer. “It is not surprising that the wealthiest and most industrialised nations like USA and Canada have packaged food with higher overall nutrient profiles compared to India and China,” Nicole Magryta, author said.

“Wealthy industrialised nations like the United States have much larger selections of packaged food items that are considered ‘boutique’ or ‘functional foods,’ such as a collagen protein bar with lion’s mane mushrooms and bee pollen or matcha green tea with added spirulina and vitamin D,” she explained. “These foods are definitely better options than a Snickers bar and a soda, which are often what’s available in poorer nations.”

Nicole Avena, PhD, hopes that the Health Star rating doesn’t make people think that eating packaged food is healthy. Even if they are comparatively healthy from those available in other countries, it doesn’t mean it is good for health.

“The results are interesting, but I fear they mislead some to think that US packaged foods are healthy. While they might be healthier than the packaged foods in other countries, they certainly aren’t healthy compared to a diet of vegetables, fruits, fish, and lean meats,” she added.

Are the packaged foods actually healthy?

Jodi Greebel, MS, RDN, said that “While it’s great that the study highlighted that the United States has some of the world’s healthiest packaged foods, it can lead to overconsumption of calories, fat, and salt.” “For example, if your diet included one to two packaged snacks a day, you could still consume a diet that adheres to dietary guidelines,” Greebel said.

“The problem in the US is that for many children and adults, packaged snacks make up a large part of their calorie consumption for the day. So, even with a higher rating of packaged snacks, it is still possible to be consuming too many calories, fat, and salt,” she said.

It is still best to avoid these foods altogether and look for whole foods and fresh foods options when available. Eat foods that are low on sugar and high on protein so they make you feel full for longer.

“If you’re looking to buy healthier options from prepackaged foods, we have to start looking at the ingredients panel more. The ingredients list should read more like a recipe and less like a chemical equation,” Emily Tills, MS, RDN said.

“The simpler ingredients, the better. And if you can just make it yourself for the same price or cheaper, do it!”