If they choose orthotics, patients should look for the cheapest option. 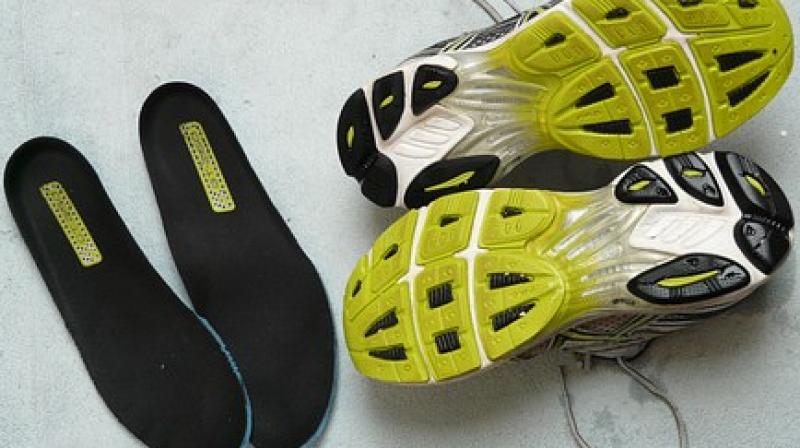 Short-term pain relief was similar with and without shoe inserts. (Photo: Pixabay)

Plantar heel pain is one of the most common foot ailments, accounting for about 15 percent of foot symptoms requiring medical attention and 10 percent of running injuries, researchers note in the British Journal of Sports Medicine. Many doctors recommend shoe inserts to ease this pain by supporting the arches and taking pressure off the heel, but research to date has been inconclusive about the effectiveness of this approach.

For the current study, researchers examined data from 20 previously conducted experiments that randomly assigned some participants to wear shoe inserts and other participants to join a control group receiving no treatment, a sham insert or a different intervention.

Short-term pain relief was similar with and without shoe inserts, and there wasn’t any difference between pre-fabricated models and custom versions, the study found.

“A patient might still prefer to try an orthotic and based on this study, could try a cheaper orthotic first as opposed to a more expensive one, which is custom made,” said lead author Nadine Rasenberg of Erasmus Medical Centre Rotterdam in the Netherlands.

While shoe inserts might be better than nothing, the current study wasn’t designed to answer this question, Rasenberg said by email.

“Most patients prefer to try an intervention as opposed to a `wait and see’ approach,” Rasenberg added. “It remains unknown, whether orthotics are better than doing nothing.”

Orthotics did appear slightly better than sham inserts in the current study, but the difference was too small to rule out the possibility that it was due to chance.

This suggests that orthotics might work for some people, but not others, said Glen Whittaker, a podiatry researcher at La Trobe University in Victoria, Australia, who wasn’t involved in the study. More research is still needed to determine who might benefit, and under what circumstances, Whittaker said by email.

“Appropriately contoured foot orthoses may reduce plantar heel pain by redistributing pressure away from the bottom of the heel to the arch, and may also prevent the arch from dropping, which may reduce tension in the plantar fascia,” Whittaker said.

One limitation of the current study is that it examined results from many small experiments with different methods for testing the effectiveness of orthotics. The small studies also differed in duration and how they assessed pain relief.

Even though they’re widely used, orthotics aren’t the only option for plantar heel pain, said Dr. Selene Parekh, a researcher at Duke University in Durham, North Carolina and partner in the North Carolina Orthopedic Clinic.

Patients can also try night splints or stretching exercises done at home or as part of a supervised physical therapy program, Parekh, who wasn’t involved in the study, said by email. Modified exercise and activity habits may also help avoid irritating the tissues around the heel that cause pain.

If they choose orthotics, patients should look for the cheapest option.

“It seems that patients can attempt to provide some relief to their plantar heel pain using cheaper, readily available orthotics found in grocery stores, online, and stores in their community,” Parekh added. “Based on this study, it appears that the cost of a custom orthotic, which can reach hundreds of dollars, is not medically necessary.”