Not only do we perceive these changes in facial colour, but we use them to correctly identify how other people are feeling. 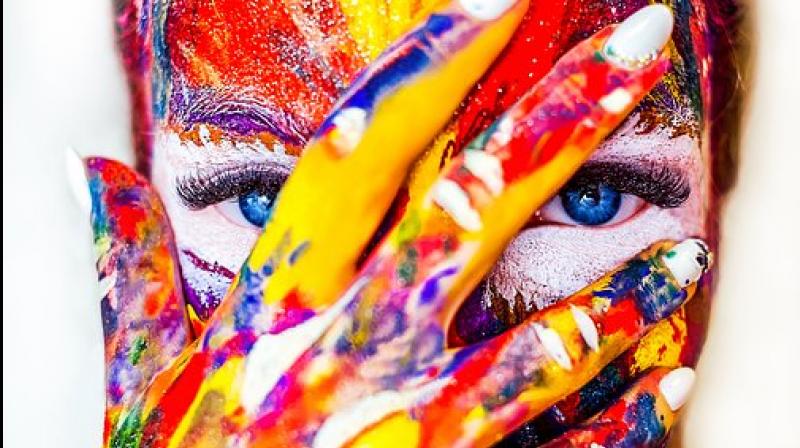 Not only do we perceive these changes in facial colour, but we use them to correctly identify how other people are feeling. (Photo: Pixabay)

Humans can read each other's emotions from surprisingly tiny changes in facial colour, according to a study.

Researchers at The Ohio State University in the US found that people are able to identify other people's feelings up to 75 per cent of the time - based solely on subtle shifts in blood flow colour around the nose, eyebrows, cheeks or chin.

The study, published in the journal PNAS, demonstrates a never-before-documented connection between the central nervous system and emotional expression in the face.

It also enabled researchers to construct computer algorithms that correctly recognise human emotion via face colour up to 90 per cent of the time.

"We identified patterns of facial colouring that are unique to every emotion we studied," said Aleix Martinez, a professor at The Ohio State University.

"We believe these colour patterns are due to subtle changes in blood flow or blood composition triggered by the central nervous system.

"Not only do we perceive these changes in facial colour, but we use them to correctly identify how other people are feeling, whether we do it consciously or not," said Martinez.

The researchers hope they will enable future forms of artificial intelligence to recognise and emulate human emotions.

They first took hundreds of pictures of facial expressions and separated the images into different colour channels that correspond to how human eyes see colour - a red-green channel and a blue-yellow channel.

Regardless of gender, ethnicity or overall skin tone, everybody displayed similar patterns when expressing the same emotion, the researchers said.

To test whether colours alone could convey emotions - without smiles or frowns to go along with them - they superimposed the different emotional colour patterns on pictures of faces with neutral expressions.

They showed the neutral faces to 20 study participants and asked them to guess how the person in the picture was feeling, choosing from a list of 18 emotions.

The emotions included basic ones like "happy" and "sad" as well as more complex ones such as "sadly angry" or "happily surprised," researchers said.