Pasta, as part of a healthy diet, not tied to weight gain

Whole grains are always a better food choice because of the higher content of dietary fiber that helps to improve the digestive system. 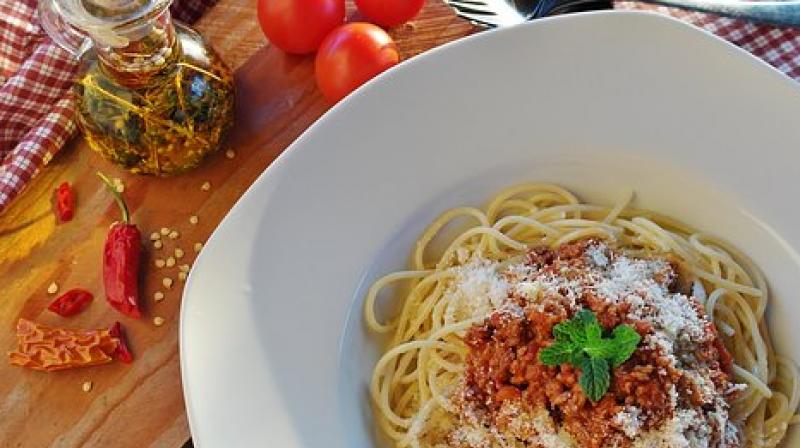 A healthy diet includes whole grains that cover a quarter (1/4) of our plate in each meal. (Photo: Pixabay)

To lose weight, or just avoid gaining it, pasta is not one of the harmful carbs that needs to be sacrificed, researchers say.

Although pasta is made from refined grains, it’s low on the glycemic index, a measure of how quickly a person’s blood sugar levels rise after a food is eaten, the authors write in BMJ Open.

They analyzed data from 32 previous trials that compared eating pasta as part of a diet based on other low-glycemic foods versus eating a high-glycemic diet without pasta. The researchers found that people lost more weight on the low-glycemic diet with pasta, and that pasta itself did not cause weight gain or increases in body fat.

“We work in the areas of carbohydrate quality, doing randomized trials on glycemic index and plant-based diets that are higher in carbohydrates,” said senior study author John Sievenpiper. “And we’re seeing a lot of anti-carbohydrate sentiment and a real attack on carbohydrates, in particular a lot of the staples, like rice and bread and pasta.

“So we wanted to test the question, ‘Does (pasta) have an adverse effect as suggested by the headlines and blog posts, and some of the expert opinions that you once find both in social and conventional media on this?’,” said Sievenpiper, a nutrition researcher at the University of Toronto.

The trials included in the review and analysis included a total of 2,448 participants, all overweight or obese, who were followed for at least 12 weeks, and in some cases up to 24 weeks. In addition to tracking weight, many of the trials assessed body fat as reflected by waist circumference, waist-hip ratio and body mass index (BMI), a measure of weight relative to height.

Overall, the study team found that people who ate low-glycemic-index diets with pasta did not gain weight. Rather, they lost 0.63 kilograms (1.39 pounds) more than those on the high-glycemic diets without pasta. There was also a slight decline in BMI with the low-glycemic diet, but no other measures of body fat changed.

The researchers also separately analyzed the 11 trials where pasta serving sizes and number were measured. They found those participants who ate an average of about three half-cup servings of pasta per week lost about 0.70 kg (1.54 lb) more than those who ate higher-glycemic diets.

“In the context of weight, maintaining a healthy, balanced diet, in this case, a low-glycemic-index diet, (eating pasta) won’t sabotage or undo your goals and may even help you achieve them in terms of your weight,” Sievenpiper said in a telephone interview.

“I want to say, it’s almost quite ironic, in that pasta is an example - and there’s not too many - of a processed food and a highly refined carbohydrate, that has a low glycemic index, precisely because of it’s processing,” he added.

When flour and water are mixed then allowed to dry, it makes the starch less digestible, so it has a slower absorption rate and thus causes a slower and lower rise in blood glucose, Sievenpiper said.

The analysis is limited by the fact that the study team couldn’t find any studies that examined pasta alone, but only as part of an overall dietary pattern. They recommend that future studies also look at pasta’s role within other types of healthy diets, such as the Mediterranean diet.

Sandra Arevalo, a registered dietitian and certified diabetes educator for Montefiore Health System in New York who wasn’t involved in the analysis noted that the study did not differentiate between whole wheat and white pastas.

“Whole grains are always a better food choice because of the higher content of dietary fiber that helps to improve the function of the digestive system, helps to clean the inside of the body, helps with satiety and thus weight loss and to control blood sugars,” she said in an email.

“A healthy diet includes whole grains that cover a quarter (1/4) of our plate in each meal. When eating refined grains such as white rice, pasta or bread, we shouldn’t exceed this portion size either, but eat them no more than two or three times per week.”

Some sauces that are commonly added to pasta, such as carbonara and Alfredo are made with cream, butter, milk and other rich ingredients which, although they can taste really good, add hidden calories and fat, Arevalo noted.