The findings were published in the journal Environmental Health. 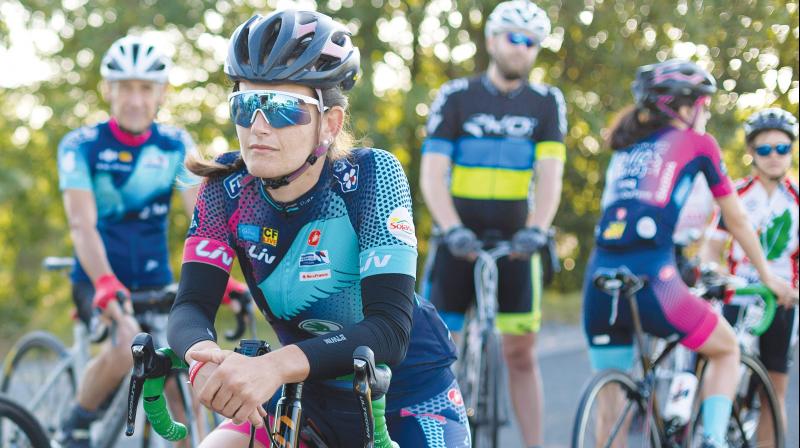 Driving and public-transport use were associated with poor self-perceived general health. (Photo: AP)

Turns out, cycling is the ideal mode of transport associated with the greatest health benefits, it improves self perceived general health, mental health and reduces the feelings of loneliness, a new study reveals.

The study was led by the Barcelona Institute for Global Health. It formed part of the EU funded PASTA project and was performed at seven European cities including, Antwerp, Barcelona, London, Örebro, Rome, Vienna, and Zurich.

A baseline questionnaire was completed by more than 8,800 people, 3,500 of whom also completed a final survey on transport and health. The survey covered questions about transport modes they used, how often they used the different modes, and how they perceived their general health.

The mental health section also focused on the four major dimensions of mental health which are anxiety, depression, loss of emotional control and psychological well-being. Except for these, it focused on energy level and fatigue and perceived stress. The survey also asked about participants' social relations, feelings of loneliness and contact with family or friends.

The transport modes included in the study were car, motorbike, public transport, bicycle, electric bicycle and walking. The findings show that cycling yielded best results in all the analysis.

The second most beneficial transport mode was found to be walking, associated with good self-perceived general health, greater energy and strength, and more contact with friends and family.

Lead study author, Ione Avila Palencia said, "Previous studies have either analyzed transport modes in isolation or compared various transport modes to each other. Ours is the first study to associate the use of multiple urban transport modes with health effects such as mental health and social contact."

"Driving and public-transport use were associated with poor self-perceived general health when the transport modes were analyzed separately, but this effect disappeared in the multiple-mode analyses. Cars were also associated with fewer feelings of loneliness in all of the analyses," Palencia added.

Coordinator of the study, Mark Nieuwenhuijsen, said, "Transport is not just a matter of mobility; it also has to do with public health and the well-being of the population."

Other studies carried out as a part of the PASTA Project have also shown the health benefits of cycling. One study highlighted that cyclists have a lower body mass index than non-cyclists and another one found that as many as 10,000 deaths could be prevented by expanding cycling networks in European cities.

The findings were published in the journal Environmental Health.