Life   Health  11 Sep 2018  Why there is need to talk about sexuality after stroke
Life, Health

Why there is need to talk about sexuality after stroke 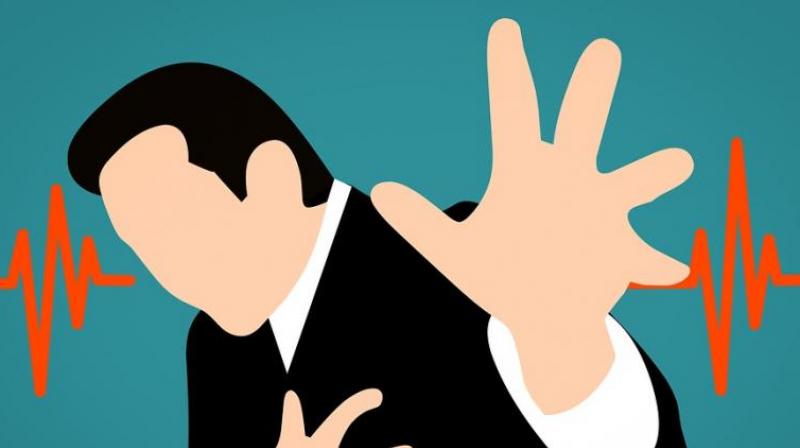 Washington: A recent study has found that stroke survivors struggle to openly discuss sexuality, while health professionals rarely address the topic during rehabilitation.

According to the research, Stroke survivors and their partners are not adequately supported to deal with changes to their relationships, self-identity, gender roles, and intimacy following a stroke. The finding is supported by data stating that as few as 15 percent of patients receive information on intimate relations post-stroke, despite clinical guideline recommendations.

Dr Margaret McGrath, lead author of the study said, "Issues around post-stroke sexuality and where to seek support are rarely discussed with stroke survivors or their loved ones despite numerous interactions with medical, rehabilitation and counselling staff."

"Sexuality and disability is viewed as a taboo topic so stroke survivors don't know how to talk about it and health professionals don't ask the questions," McGrath added.

According to the researchers, this is problematic as sexuality, which includes so much more than just sex, is an essential part of human experience and strongly with linked with emotional and mental health. A stroke survivor, discussing this issues said, "But that (stroke) doesn't change the essence of who I am or what I want before and after. It only changes what I can do. It doesn't change what I want."

The systematic review collated several studies to explore the experiences of almost 650 male and female stroke survivors ranging from 20 to 105 years of age, as well as the experiences of 283 partners. Using a broad definition of sexuality, the study explores dimensions such as gender roles and identity, presentation of self to others, sexual expression, intimacy, relationships, and reproduction.

For couples in a relationship before the stroke, physical and cognitive impairment, communication difficulties and post-stroke fatigue meant that pre-existing, often stereotyped gender-based roles, needed to change.

"Men often struggled with an inability to be what they viewed as a 'protector' or 'provider' for the family, while female stroke survivors lamented a loss of their role as wife, mother or homemaker - all of which affects the way they interact with each other. This also impacts partners' self-identity, particularly when they moved from being an intimate partner to a primary caregiver,"n said Dr McGrath.

For people not in a relationship or whose relationship ended, stroke decreased their self-confidence and willingness to seek out new relationships. McGrath also stated that stroke also impacted the survivor's relationship with their own body, with many seeing their body as unpredictable or separate from themselves. Being sexually intimate exacerbates these feelings, leading to heightened levels of anxiety.

Many of these fears and misconceptions could be addressed through proper support from health and rehabilitation professionals.Health professionals' reluctance to address sexuality is due to a lack of knowledge and confidence. There is a need to tailor education and training to address this knowledge gap.

The full findings appeared in the journal Clinical Rehabilitation.