Celebrities are taking their fan interactions to new levels by giving them tips on fitness, life and more. 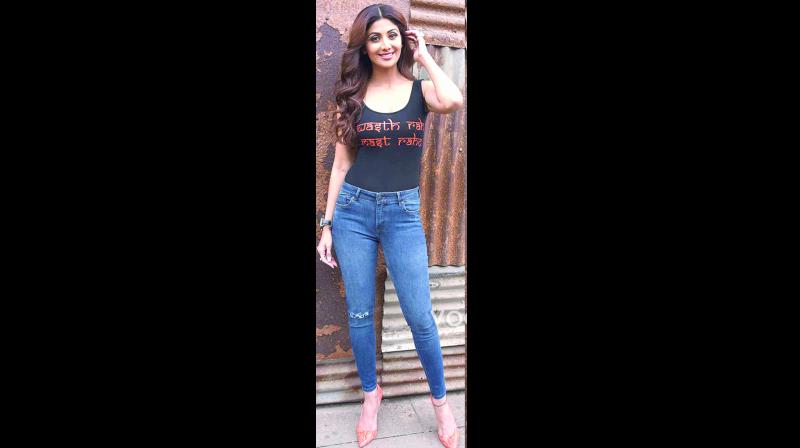 Remember how jealous and deprived we felt when Taylor Swift went around visiting fans’ homes, gifting them merchandise randomly, as a surprise? Or when Selena Gomez went on that rave, replying “I love you” to every fan who had left a loving comment under her post? Looks like it’s finally our time to rejoice, as Shilpa Shetty has recently announced a new challenge on her Instagram, the prize of completing which is a chance to expect a call from the fitness goddess herself, coupled with a surprise.

Shilpa announced a refreshing new way to ensure fitness and encouraged her fans to indulge in a gluten and sugar-free diet for a month, promising drastic results. Three lucky winners with the most striking results will get a chance to chat with her over the phone and even learn a few of her secret fitness tips. This love and affection and the eagerness to interact with fans hasn’t been seen from just her though; stars like Salman Khan and Sonam Kapoor have released their own apps where fans can interact on a personal level through live videos and also view a personal glimpse of their routines. The initiator via social media was however, started by Lara Dutta when she released her second website, to socialise with her fans better.

In a casual chat, the Sandalwood sensation, Priyamani, spills, “At the end of the day, our fans make us and break us; it is important to interact with them and let them know how indebted to their love and affection, we are. Fans love acknowledgement — the feeling that the stars they idolise are just human, very much like them. I have been very open and interactive towards mine, so two thumbs up to all these celebrities who are going out of their way to break the stereotypical belief that stars are all stuck up and snooty.” Yet, she reminds one how at the same time, their privacy should be respected too.

Stars like Sanjjanaa Galrani interact daily via Facebook, promoting the importance of Yoga and making fans aware of simple work-out routines. Aindrita Ray too loves updating fans on her motivational ways to win at life. The easiest way to meet SRK is to stand outside Mannat and call out his name and sing a song for him — or they could catch him at a city bar, as he did recently.  Clearly, stars dropping the typical evasive acts and instead being helpful is the way forward.