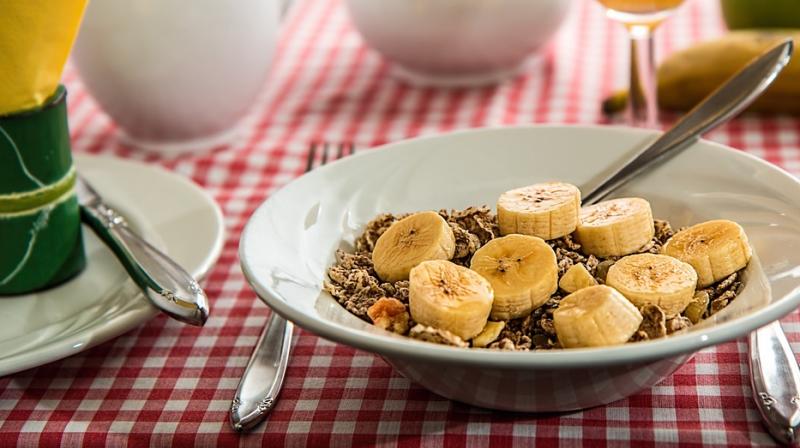 Alternate day fasting helps because it allows the person to eat less or not eat at all and feast the next day for what they have missed including calorie-rich foods. (Photo: Pixabay)

London: The two weight-loss techniques that are trending these days are alternate-day fasting or counting daily calories. A new obesity study suggests either approach can be effective for weight loss.

Intermittent or alternate-day fasting requires routinely alternating between eating little or no food and then feasting in your daily diet. It has become a growing weight loss trend in the US, the UK and other regions around the world.

The small study, published in the journal JAMA Internal Medicine, suggests that there is no significant difference between fasting and the other popular weight loss strategy of simply restricting how many daily calories you consume.

"We basically showed that they both produce a clinically significant amount of weight loss," said Krista Varady, a professor of nutrition at the University of Illinois in Chicago and lead author of the study."Instead of being better than calorie restriction, it's the same," she said of alternate-day fasting. "So it's kind of like an alternative to calorie restriction."

Fasting every other day vs. counting calories

The study involved 100 obese adults in Chicago and was conducted between 2011 and 2015. The adults were randomly assigned to three groups. For one year, each group had to adhere to an alternate-day fasting diet, a calorie-restriction diet or no diet.

For the alternate-day fasting diet group, participants could eat only about 25% of the calories that are recommended for a daily diet on fasting day, which was about 500 calories, and they fasted every other day. Fasting days alternated with feasting days, during which each participate could eat up to about 125% of the recommended calories.

For the calorie-restriction diet group in the new study, participants simply restricted their daily calorie intake to about 75% of what's recommended. Members in the fasting and calorie counting groups were provided meals for the first three months of the study and then were on their own for the last nine months, Varady said.

Throughout the study, all participants were provided with counseling on portion sizes and how to monitor calories and read food labels, she said.By the end of the yearlong diet sessions, those in the alternate-day fasting group lost about 6% of their original body weight, whereas those in the calorie restriction group lost 5.3%, Varady said.

"Even if the weight loss was a primary end point, I think that the question is really: What is the best strategy to get people to stick to a diet?" said Eric Ravussin, a professor at Louisiana State University's Pennington Biomedical Research Center and a co-author of the new study.

"We know daily calorie restriction -- if you have to count your calories every day and all that -- it's a tough one. I think that there's some hope that this alternate-day fast, or modified fast, would be a better or easier strategy, but ... the dropout rate is kind of alarming," Ravussin said.

Varady said that, before the study, she thought alternate-day fasting would be an easier diet to adhere to because it allowed for a "break" from dieting every day.

"We were a little bit shocked to see that it was actually the calorie-restriction group that seemed like they could stick better to their daily calorie goals. Whereas the alternate-day fasting group, they were kind of wavering," said Varady, who authored a book about alternate-day fasting called "The Every-Other-Day Diet."

"Instead of eating the 500 calories on the fasting days, they were eating a couple hundred calories more on those days," she said.Varady is hoping to conduct followup research to track the various diets over a longer period of time, she said.She would like to explore whether allowing study subjects to voluntarily opt to join either a fasting or calorie-restriction group might influence study results.

Not one diet fits everyone

All in all, the new study showed that alternate-day fasting may be difficult to follow but can be effective in reducing obesity, said Valter Longo, a professor at the University of Southern California and director of the university's Longevity Institute. He was not involved in the study.

However, "because it requires a major effort every other day, it is unlikely to be applicable to the great majority of the obese population, particularly in the absence of the close monitoring carried out in the clinical study," Longo said.

For overweight or obese adults who might be interested in alternate-day fasting as a weight loss approach, Varady advised taking the time to really determine whether it is the best option.

"Alternate-day fasting doesn't seem to work very well in people who are frequent snackers. People who need to eat every two hours, they don't tend to fare well on this diet, whereas people that just naturally tend to go a long period of time without eating, like four to five hours ... those people actually tend to do much better," Varady said.

"I really think people just need to find what works for them," she said. "Not one diet fits everyone."Additionally, fasting could be harmful for people with certain health conditions, such as diabetes -- so consult your doctor before attempting any major changes in your daily diet, such as alternate-day fasting.

"I don't think there's anything magical to the diet at all," she said of alternate-day fasting. "I think it's just another way of tricking people into eating less food or helping people to kind of monitor how much food intake there is or how much food they're taking in."