Kava, the drink soothing the stress of NY millennials

The effects include a mild numbing of the tongue and lips, relaxation and euphoria. 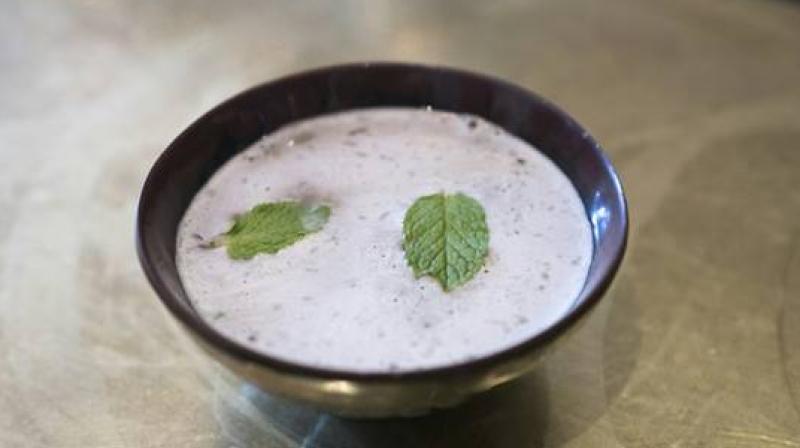 Kava is a mood enhancer taking the edge off for those struggling to cope with hectic modern life. (Photo: AFP)

It's been a mainstay in the South Pacific for thousands of years. Now stressed-out millennial New Yorkers are kissing goodbye to alcohol and gulping down a mildly narcotic drink to ease the pain of long hours, bottleneck commutes and Donald Trump.

Kava - a root ground to powder, mixed with water and then strained - might taste like muddy water and make fans gag without a fruit juice chaser or blended into a "kavatail," but it's the mood enhancer taking the edge off for those struggling to cope with hectic modern life.

The effects include a mild numbing of the tongue and lips, relaxation and euphoria - feelings in short supply in congested, rat-race New York, a cacophony of noise, sleep deprivation and yelling.

"If any city needs to relax a little bit and calm down, slow down, it's New York," says Harding Stowe, the 31-year-old owner of Brooklyn Kava in the rapidly gentrifying, artistic neighborhood of Bushwick.

"I really think it's going to explode and I think it's starting right now."

Kava may be steeped in tradition and ceremony on Pacific islands such as Fiji, but in the West, it is seen increasingly as a healthier alternative to booze by younger people who want to go out, but not wake up with a hangover the next day.

"It's very relaxing. It's not like alcohol or drugs," says Brooklyn artist Sabrina Cheng, 26, a recent convert.

"I have a very low tolerance for alcohol anyways. But kava, you can hang here all day, read your book, have the laptop, talk."

With teenagers and millennials drinking less alcohol than their parents, entrepreneurs jumping on the bandwagon believe a less booze-soaked future might be just around the corner.

An initial kava boom in the West in the 1990s fueled low-quality exports which - combined with little understanding of the plant - led to negative publicity about health concerns and prohibitions in Europe. That all led to a bust.

But while the US Food and Drug Administration warned in 2002 of a "rare" but potential risk of severe liver injury associated with kava-containing products, kava is again seeing another boom, and exports from Fiji alone more than doubled from 2012 to 2016.

"Unlike in the 1990s, the scholarly understanding of the plant is much better. It has been widely studied and it's generally perceived as safe and beneficial," says Zbigniew Dumienski, a researcher at the University of Auckland, New Zealand.

There is a well-established scene in Florida, yet kava has been relatively slow to take root in America's most populous city, where there are only three kava lounges but 10,000 bars, with drinks after work and happy hours part of daily life.

Astonishingly two of the lounges are a short walk from each other in Bushwick, known for its artistic scene and influx of young people drawn by more affordable rents.

This is the perfect breeding ground for the American kava customer: residents in their mid-20s, embarking on stressful careers, navigating relationships, battling chronic subway delays and, in a Democratic city, dealing with Donald Trump blues.

"I went through quite a lot of anxiety with my previous job and this definitely helped a lot," says Phil Mai, 25, a financial analyst at a media firm in Manhattan, sitting at the bar in House of Kava on Ladies Night with his girlfriend Susie.

"I used to drink alcohol two-three times a week and, on a weekend, sometimes binge," he says. "I think I had my last drink probably like two weeks ago."

The House of Kava has a string of theme nights to keep people hooked: open-mic nights that bring in rappers, poets and stand-up comics and while most people are in their mid-20s, recently people in their mid-60s have started stopping by.

"I'm from a conservative family and I'm the only liberal, so given the state of the world, that is like the biggest stresser in my life, I would say," says Kellianne Holland, 24, who works for a non-profit when asked what makes her most anxious.

Dimly lit, the bar is incredibly mellow. Susie draws. Another woman is buried in a laptop. Someone else is reading and one couple talk softly to one another. There is none of the yelling synonymous with the New York bar scene.

"As opposed to a normal bar, I haven't had anyone threaten to burn the bar down or start a fight," jokes House of Kava manager Ryan Lloyd.

Business is taking off, he says - and it's the same vibe over at Stowe's rival Brooklyn Kava.

When Stowe first opened in February 2016, he initially worried he'd made a mistake.

"Lately, it's just been amazing how slammed it gets," he says, believing things really took off about six months ago.

"There are different stressful things that have happened in America, you know with Trump getting elected," he said. "I think all those things have contributed."

Stowe is now busy planning other locations, collaborations and pop-ups - he is talking to both a yoga studio and a meditation studio about selling it there.

So has President Trump helped his business? "I hate to say it, but probably," he says.